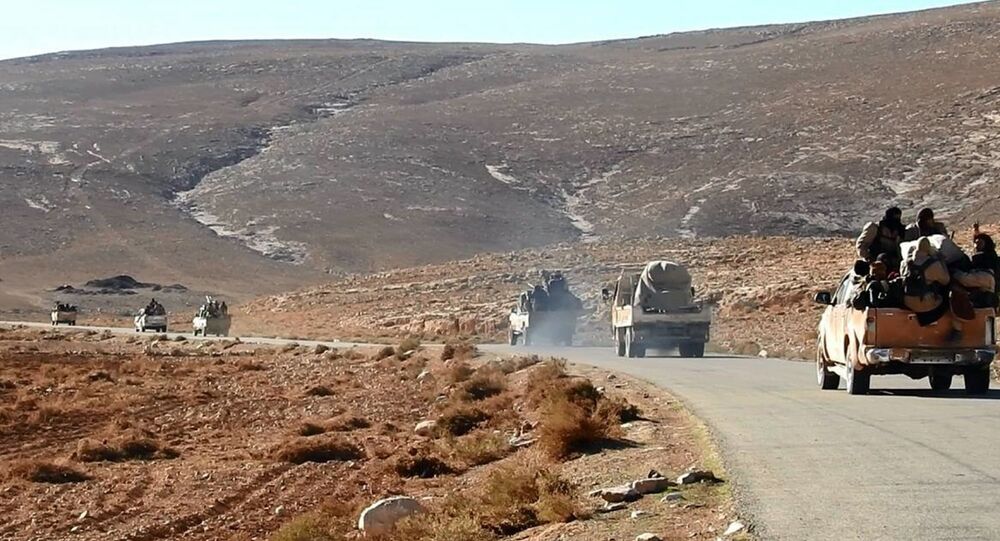 Russia's deputy foreign minister Vladimir Titov said on Monday Moscow will do all it can to make sure terrorists will not return to the Syrian city of Palmyra.

"We consider the liberation of Palmyra to be a very important result of our joint actions. Obviously, we will do everything to prevent terrorists from returning to these areas," he said.

According to the Russian center for Syrian reconciliation, more than 4,000 Daesh militants regrouped and attempted to reclaim Palmyra.

© Sputnik / Mikhail Voskresenskiy
Some 80% of Palmyra Residents Evacuated, Rest Still in Danger - Homs Governor
Over the recent months, Daesh has several times tried to oust the government troops from their defense lines. Having amassed considerable forces to the west of Palmyra, the jihadist group sought to seize two oil and gas fields, but all of their attempts have been foiled. The terrorists intensified their attacks on the ancient city over the last week and managed to capture several high grounds in proximity to Palmyra.

The Syrian Army, backed by the Russian Aerospace Forces, liberated Palmyra in March, 2016, nearly a year after it was captured by Daesh, which is outlawed in Russia, in May 2015. During the invasion, the militants destroyed a number of ancient objects, including necropolis, the Arch of Triumph, as well as the temples of Baal Shamin and Bel.