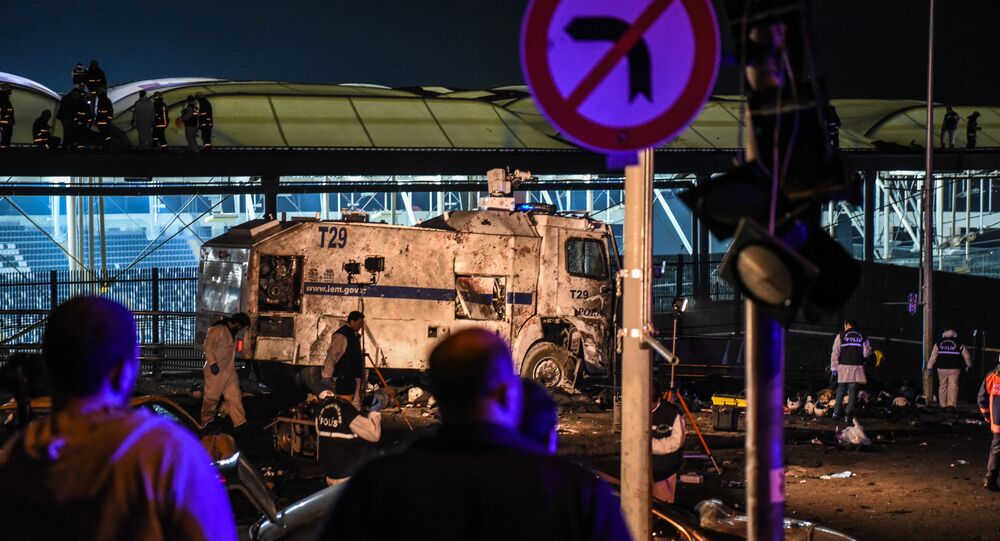 The UN Security Council members condemned the recent twin blasts at a Turkish stadium and expressed deepest condolences to the families of the victims and the country's government, the Council said in a press statement.

MOSCOW (Sputnik) — The car bombing and suicide blast near the Vodafone Arena late on Saturday killed at least 38 people, most of them riot police officers deployed for the time of a football match between two local teams. The explosions came hours after the game was over.

“The members of the Security Council condemned in the strongest terms the heinous and cowardly terrorist attacks in the city of Istanbul, Turkey on 10 December, during which at least 38 people were killed and 155 injured,” the press statement said on Sunday.

© AFP 2021 / YASIN AKGUL
Putin Expresses Condolences to Erdogan Over Deadly Terror Attack in Istanbul
The members also expressed their “deepest sympathy and condolences” to the families of the victims and to the Turkish government, according to the statement.

Turkey has seen a string of deadly attacks this year, attributed to Daesh terrorist organization and the Kurdistan Worker's Party (PKK), a separatist group of minority Kurdish fighters outlawed in Turkey.