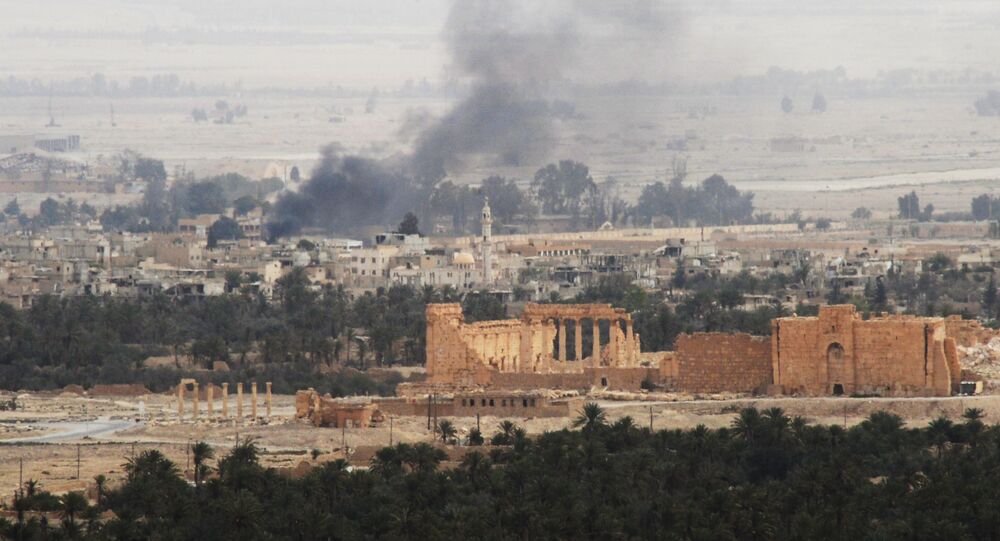 Syrian government forces managed to evacuate some 80 percent of Palmyra population, the fate of the rest is cause for concerns, Homs Governor Talal Barazi announced.

“Some 80 percent of Palmyra residents have been evacuated, we are concerned with the fate of those who are remaining there,” Barazi said in a statement on Sunday.

Barazi noted that the Syrian army with allies is regrouping promptly, suggesting that control over Palmyra could be reestablished in the near future.

© AFP 2020 / STR
Daesh Moves Reserves to Palmyra Thanks to Pause in US-Controlled Raqqa Offensive
On Saturday, Daesh reportedly reentered the ancient city, although the Russian Defense Ministry said fighting was underway in Palmyra's outskirts.The terrorists were driven back by Russia’s Aersopace Forces. The Russian Defense Ministry’s reconciliation center said it was not targeting residential areas.

On Sunday, local sources reported that the Syrian army was still fighting Daesh in city suburbs after residents had been evacuated.

According to the Russian center for Syrian reconciliation, more than 4,000 Daesh militants have regrouped and attempted to reclaim Palmyra.