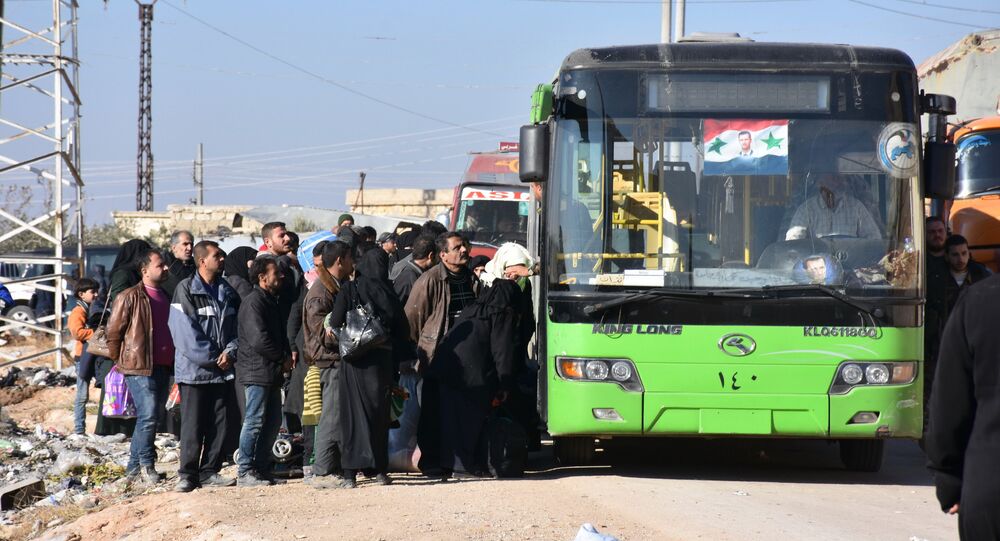 The Russian center for Syrian reconciliation has evacuated more than 78,000 civilians from Aleppo since the start of the operation to liberate the embattled Syrian city, the Russian Defense Ministry said in a statement on Sunday.

"Since the beginning of the Syrian Army's operation to liberate Aleppo, officers of the Russian center for reconciliation have evacuated over 78,000 people from the eastern districts of the city."

According to the statement, a total of 1,324 militants have laid down their arms and surrendered to the Syrian government. In accordance with Syrian President Bashar Assad's decision, 1,270 militants received amnesty, the ministry said.

© Sputnik / Mikhail Voskresenskiy
Kerry Calls on Armed Syrian Opposition in Aleppo to Make First Step Toward Peace Settlement
On Saturday, the Russian Defense Ministry reported it had evacuated 50,000 civilians from the embattled city through humanitarian corridors.