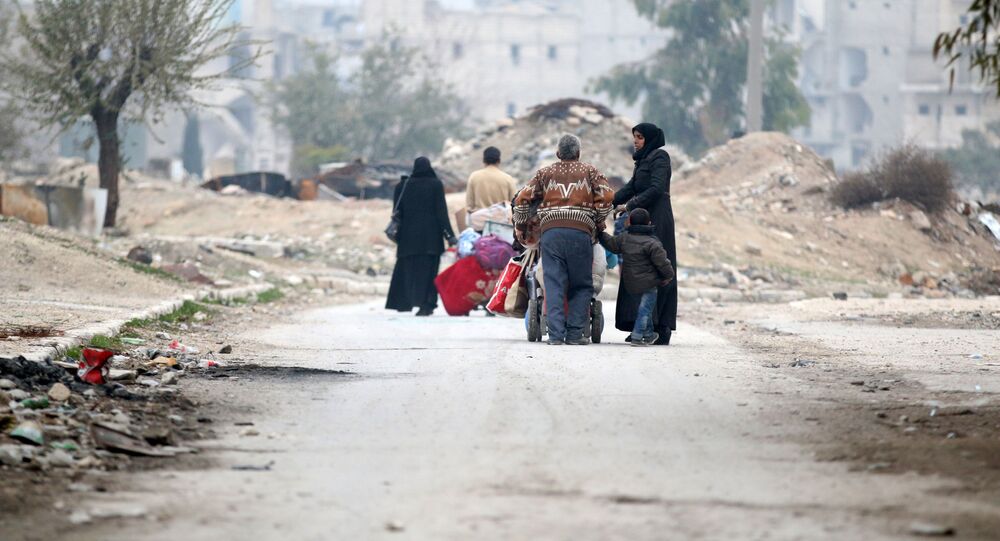 More than 10,000 people, including over 4,000 children, have left the militants-controlled areas of Syria's Aleppo over the past 24 hours, the Russian Defense Ministry's center for Syrian reconciliation said in a statement Friday.

HMEIMIM (Syria), (Sputnik) — The situation in Aleppo has been seriously deteriorating over the recent months. Thousands of citizens are believed to be trapped in the terrorist-besieged eastern parts of Aleppo with no access to food or water. There have been several attempts to establish a ceasefire, however the bids have failed.

"A total of 10,724 people, including 4,015 children, have left Aleppo's militants-controlled areas over the past day with assistance from Russia's reconciliation center. Thirty militants have laid down arms and left for the city's western part to the Syrian troops. In line with an earlier decision by Syria's president, they have all been pardoned," the statement said.