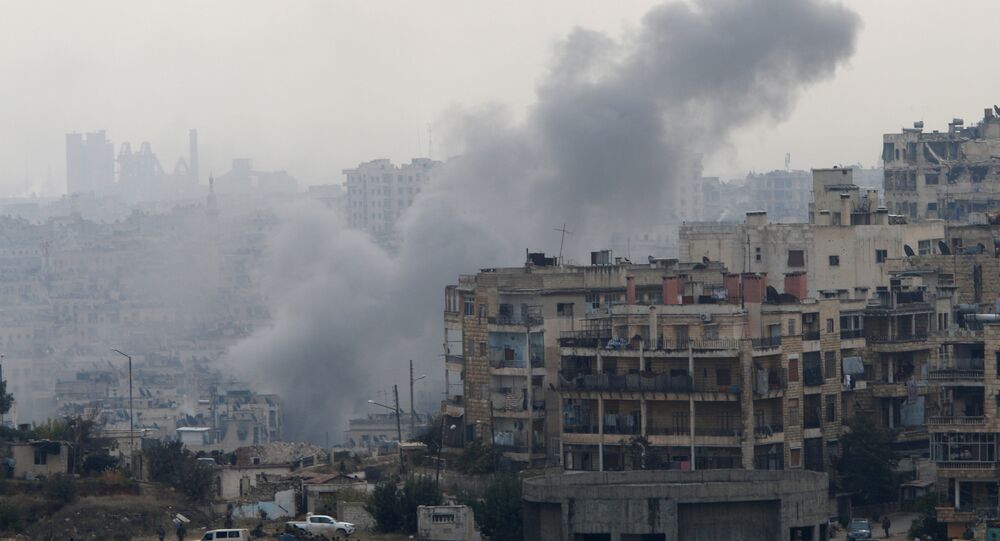 The UN General Assembly will hold a vote on a draft resolution calling for a ceasefire and humanitarian aid access in civil-war-torn Syria on Friday.

UNITED NATIONS (Sputnik) – On Monday, a vote on a draft resolution calling for a ceasefire in Syria’s Aleppo at the UN Security Council was vetoed by Russia and China.

UN Special Envoy to Syria Staffan de Mistura told reporters after a UN Security Council meeting on Thursday that the time has come to consider renewing the political discussion on Syria.

© Photo : Russian Defense Ministry
Militants Fire Dozens of Missiles at Two Towns Near Syria's Idlib - Reports
Russian Ambassador to the United Nations Vitaly Churkin cited de Mistura as saying on Thursday that a large-scale international operation is needed to reconstruct Syria, which has been in a state of civil war since 2011.

Syrian government forces have been fighting against multiple opposition and terrorist groups, including the Islamic State (IS, also known as Daesh) and Jabhat Fatah al Sham, formerly known as Jabhat al-Nusra, or Nusra Front.

Syrian Civilians Get Some Six Tonnes of Aid – Russian Military