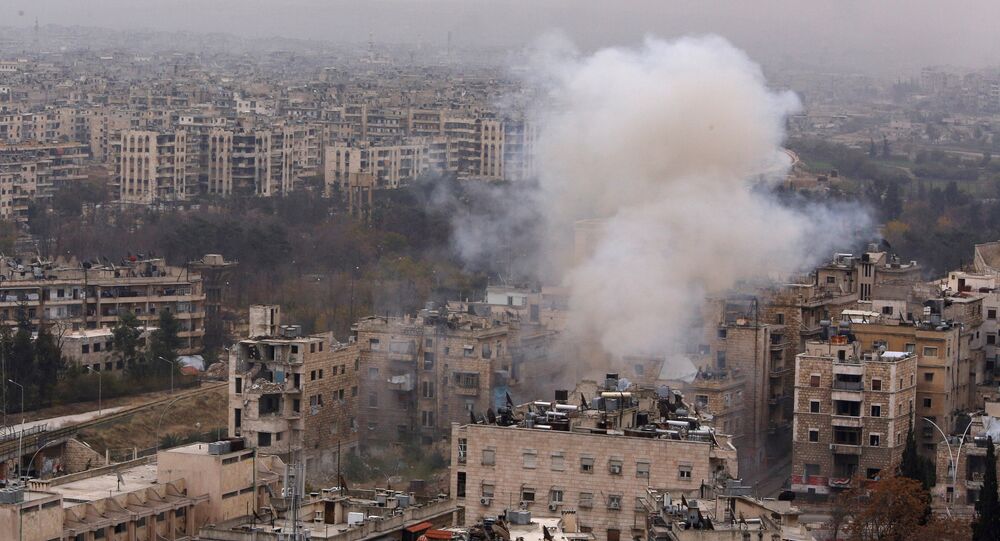 About 8,500 people, including 2,900 children, were able to leave militant-controlled areas in the Syrian city of Aleppo in the past 24 hours with the help of Russian servicemen, the Russian center for Syrian reconciliation said.

"In the past 24 hours alone, from areas in Aleppo that are still under the control of militants, with the assistance of the Russian center of reconciliation, 8,461 city residents left, including 2,934 children," the center said in a Friday statement released by the ministry.

According to the statement, over a dozen militants who had been operating in Aleppo received amnesty after laying down arms.

"Fourteen militants, laying down arms, walked out to the western part of the city towards Syrian troops. In accordance with the decision of the Syrian president all of them were granted amnesty," the Russian center for Syrian reconciliation said.

© REUTERS / SANA
Militants Destroying Northern Syrian Towns in Revenge for Aleppo Losses - Source
"The clearance of explosives has been fully completed in residential areas over a total area of six hectares. The central water pumping station has been demined and rebuilt, two power substations have been demined, as well as schools and two mosques," the center said in a Friday statement released by the Russian Defense Ministry.

Over recent months, Aleppo has become a major battleground in Syria, which has been in the state of civil war since 2011. Syrian government forces have been fighting against multiple opposition and terrorist groups, including the Islamic State and Jabhat Fatah al Sham, formerly known as Jabhat al-Nusra, or Nusra Front.

Thousands of civilians are believed to be trapped in the Syrian city of Aleppo without access to food, water, electricity or medical assistance as Syrian government troops and rebel forces continue to fight for its control.