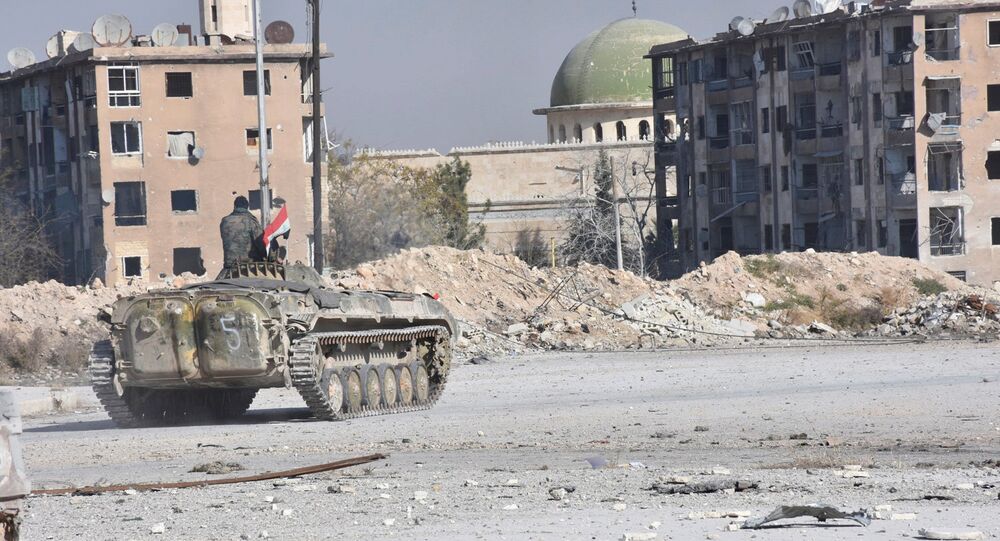 Militants from the Jabhat Fatah Al-Sham, formerly known as Nusra Front, terrorist group and their allies are destroying the northern Syrian towns, shelling them in response to their losses in the embattled Aleppo, a source in a local legislative body told RIA Novosti on Thursday.

BEIRUT (Sputnik) — The terrorists are attacking the towns of Foah and Kafraya that have been besieged by for more than three years. About 20,000 civilians are still in the towns, while 2,000 people, including 400 children have been killed there since the beginning of the siege.

"As soon as militants started to suffer considerable losses in Aleppo, then hard days have come to Foah and Kafraya. Our aviation is conducting airstrikes on the militants' firing positions, but it is not sufficient. I think that Foah and Kafraya will be destroyed in the near future. Dozens of people have died in recent days," the source said.

© REUTERS / Omar Sanadiki
'Militants Wanted to Make Fortress of Aleppo and Got a Thorn in Their Eye' - Aleppo Governor
Since 2011, Syria has been engulfed in a civil war, following the protests that had turned violent, as part of the so-called Arab Spring. The conflict has resulted in a humanitarian catastrophe, as hundreds of thousands Syrians have been killed and millions more have been displaced.

Over the recent months, Aleppo became a major battleground in Syria. The battles around the city involve government forces, jihadists, and numerous opposition groups. Eastern Aleppo is currently encircled by government troops, and the fighting has affected thousands of civilians still trapped in the city. The recent Damascus' offensive has resulted in liberation of large territories in the eastern part of Aleppo.

Syrian Opposition Counts on Trump to Bring About Political Settlement