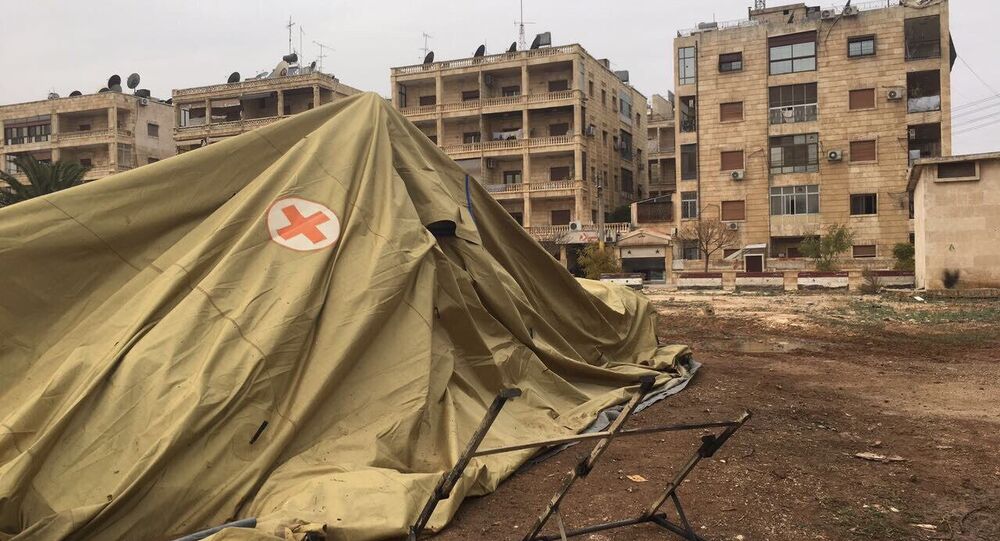 Safe passage should be provided in order for the United Nations to conduct humanitarian mission in Eastern Aleppo, Humanitarian Adviser to UN special envoy for Syria Jan Egeland said Thursday.

MOSCOW (Sputnik) – The United Nations has already prepared food supplies for 150,000 people and aid workers that cannot be delivered, according to Egeland.

© Sputnik / Morad Saeed
Syrian Army Suspends Combat Operations in Aleppo - Lavrov
On November 30, United Nations High Commissioner for Refugees (UNHCR) spokesperson Scott Craig told Sputnik that the UN plan on delivery of humanitarian aid to Eastern Aleppo was under negotiation with all parties involved in the Syrian conflict and necessary security guarantees had not been received to date.

Over the recent months, Aleppo became a major battleground in Syria, which has been in the state of civil war since 2011. The battles around Aleppo involve government forces, jihadists, and numerous opposition groups. Eastern Aleppo is currently encircled by government troops, and the fighting has affected thousands of civilians still trapped in the city. The recent Damascus' offensive has resulted in liberation of large territories in the eastern part of Aleppo.