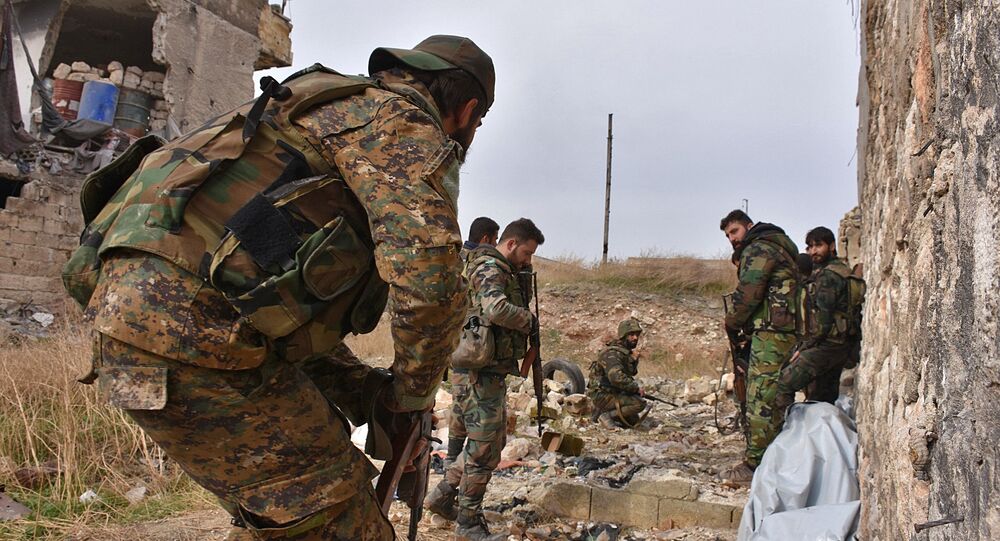 Syrian army backed by local militia are forcing the militants out from the remaining districts from in southern Aleppo, a well-informed source told RIA Novosti Thursday.

DAMASCUS (Sputnik) — According to media reports, Syrian army now controls over 80 percent of the city.

"After a series of powerful artillery attacks on command posts and firing positions of the enemy, the army began storming Kalyasa and Sukkari [districts]. At the same time, it pushed most of the radicals out of the Sheikh Saeed, attacking from the southern flank," the source said.

'Syrian Army Will Completely Retake Aleppo Before End of 2016'