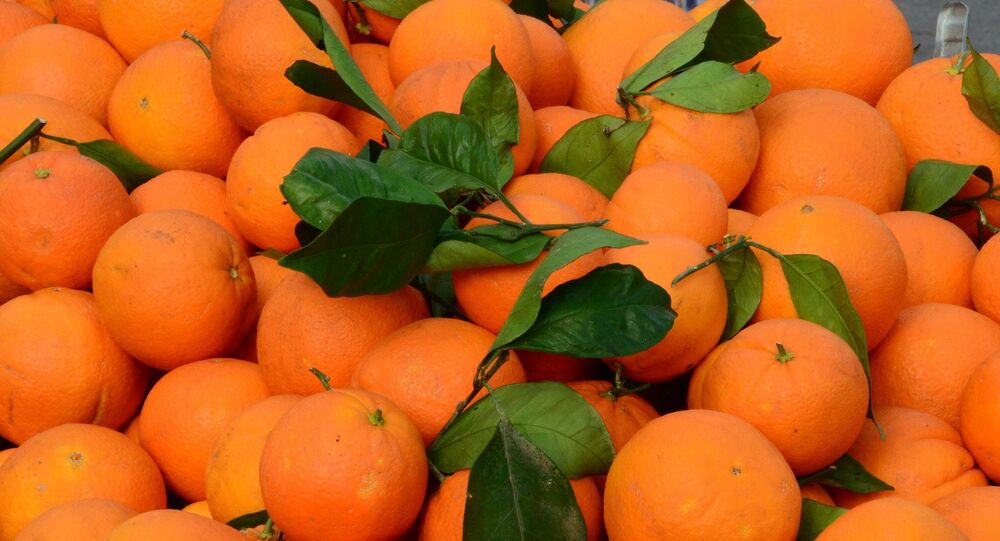 Syrian farmers from Latakia sent a caravan of trucks filled with citrus fruit for the recently liberated residents of Aleppo.

"All these fruits are being sent to the civilians and defenders of Aleppo who stood up against the terrorists and made invaluable sacrifices. It is a gift from the Syrian government," the governor of Latakia, Ibrahim Salim, told Sputnik Arabic.

Latakia is famous for its gardens with citrus trees. The suitable location of the province right on the Mediterranean coast makes it not only an agricultural capital but also an important strategic region. The Russian airbase Hmeymim is also situated in Latakia.

Syria has been in a state of civil war since 2011, with government forces fighting the Syrian opposition groups striving to overthrow Syrian President Bashar Assad. Damascus is also fighting numerous extremist groups, in particular Daesh, a terrorist group outlawed in Russia and many other countries.

Russia began its anti-terrorist aerial campaign in September 2015 at the request of Assad.

Russia, US in Talks on Aleppo Humanitarian Pause, Fight Against Terror