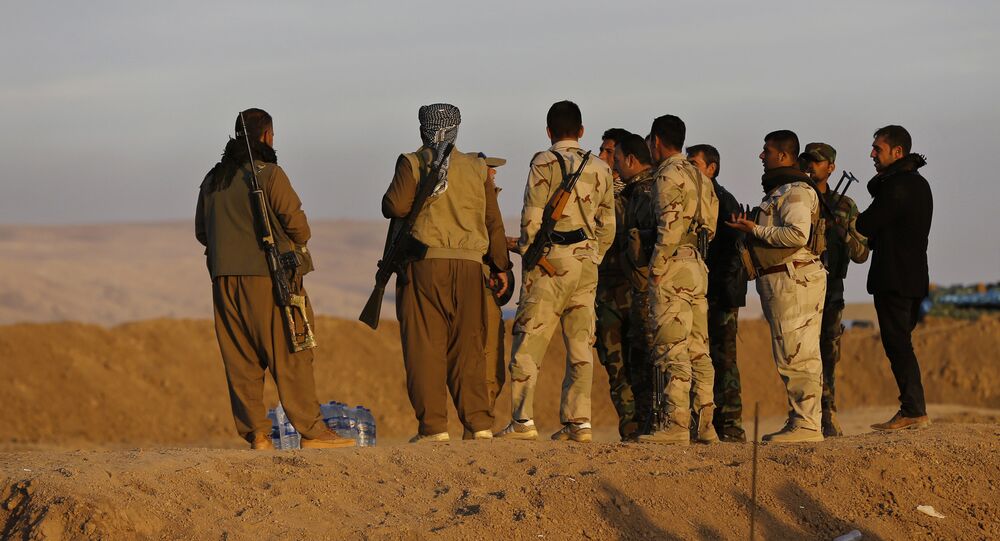 The 2017 budget implies allocation of funds to Peshmerga, which were declared a part of the country's armed forces, within the framework of the defense ministry's spending, the Rudaw TV channel reported, citing a representative of Iraqi Kurdistan in the country's legislative body.

According to the media outlet, the Kurdish troops had been financed only through the Iraqi Kurdistan's own regional funds.

Peshmerga has been involved in anti-terror activities in the crisis-torn Iraq for years. The Kurdish fighters are one of the main country's forces fighting against the Islamic State jihadist group that has occupied vast territories of the country, including the second largest city of Mosul.