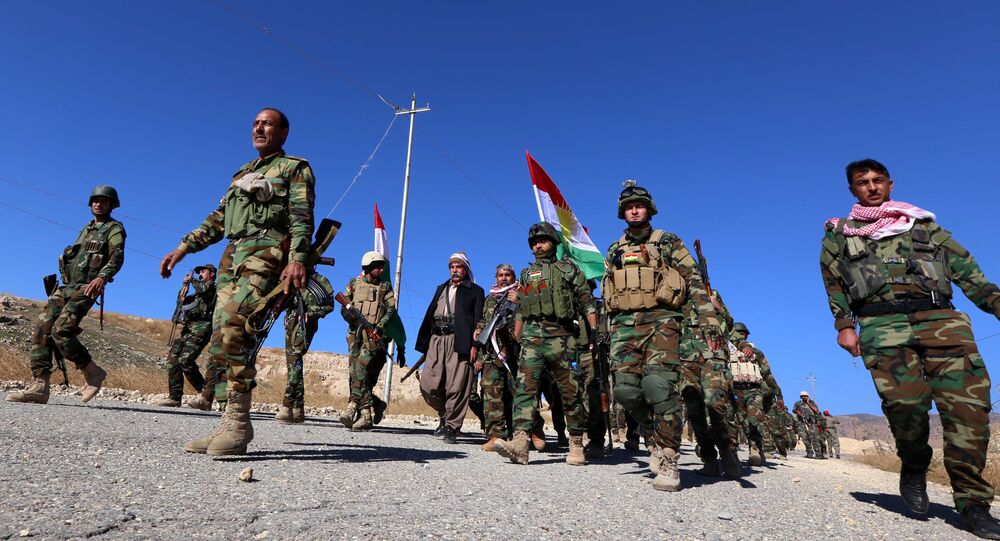 Sinjar, a city northwest of Mosul, is currently facing a serious crisis associated with the presence of the Kurdistan Workers' Party (PKK) in the area. In November 2015, Peshmerga and other Kurdish forces pushed Daesh away from the territory, after which the PKK set up its base in the city fueling conflict with neighboring Turkey.

In an interview with Sputnik Arabic, local official Mehma Khelil, said that Sinjar is an Iraqi territory that shouldn't become a place for a new violent conflict between Turkish forces and the Kurds.

"There should be neither a PKK base nor Turkish intervention in Sinjar. We do not want to become a second Kandil (city in northern Iraq where the PKK has its headquarters). We won't let this happen. Turkey has no right to interfere in Sinjar, and the members of the PKK have no right to remain in the area and conduct their activities here," the official told Sputnik.

After Sinjar was released from Daesh by Sinjar Resistance forces, which are considered an offshoot of the Kurdistan Workers' Party, they stayed in the city and founded a military base there. The move raised concerns among Turkish officials who repeatedly expressed their criticism about the presence of the PKK forces in the area.

"Turkey's military operations against the PKK should not leap over to Sinjar. We won't let this happen. Turkey and the PKK have to solve their problems in a different place. The people of Sinjar do not let the intervention happen, and they do not want the presence of the PKK on their territory. The people of Sinjar can protect their city and their villages by themselves. They do not need some other forces come and protect them. Sinjar is a part of Iraq, and is controlled in accordance with Iraqi laws," Khelil said.

© AFP 2021 / MARWAN IBRAHIM
Kurdish Forces Kill 300 ISIL Terrorists, Free 28 Villages in Sinjar
Earlier, it was reported that a total of 29 members of the Kurdistan Workers' Party (PKK) outlawed in Turkey were killed and 16 injured by the Turkish Armed Forces in Iraq's northern region of Qandil.

Tensions between Ankara and Turkish Kurds escalated in July 2015 when a ceasefire between Turkey and the PKK collapsed over a series of terrorist attacks, allegedly committed by PKK members.