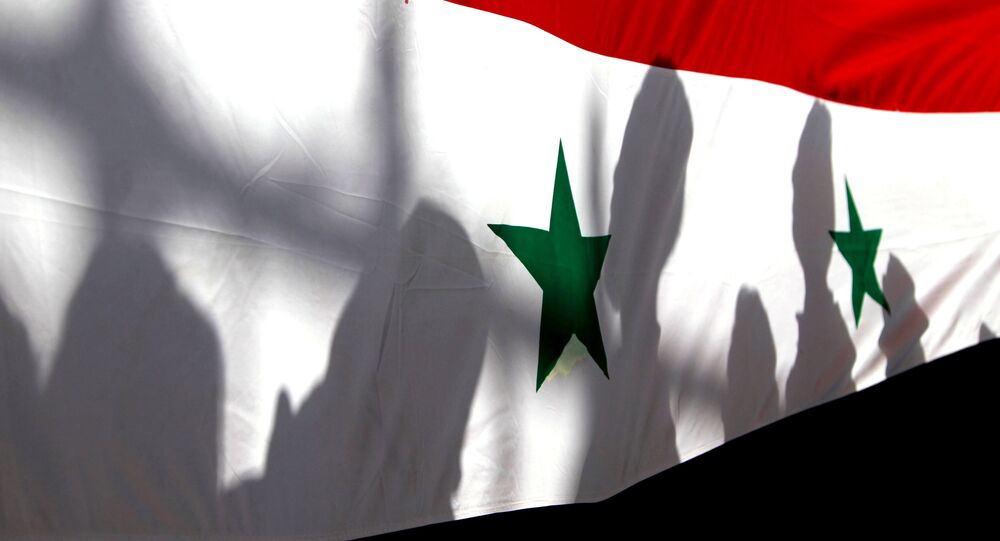 Thousands of terrorists surrendered and left the Syrian town of Khan al-Shih, the Russian military announced.

DAMASCUS (Sputnik) — Some 3,000 militants laid down arms and left the town of Khan al-Shih near Damascus in southern Syria after agreeing to join the ceasefire, the Russian reconciliation center said Wednesday.

"After long and troublesome talks an agreement has been made with militants to join the cessation of hostilities regime," Col. Alexei Leschchenko from the reconciliation center said.

© AP Photo / Hassan Ammar
Rebels Surrender In Parts of Eastern Aleppo - Report
The rebels handed in more than 500 firearms, sniper rifles and dozens of 120mm mortars, according to the center. Thousands of fighters and their families left aboard 52 buses, a RIA Novosti correspondent said, adding the town was almost entirely razed.

After the rebels’ departure, inhabitants started returning to Khan al-Shih to rebuild their homes. They escaped the town after militants moved in four years ago. It used to be under control of the al-Qaeda linked Nusra Front, who renamed itself to Jabhat Fateh al-Sham.