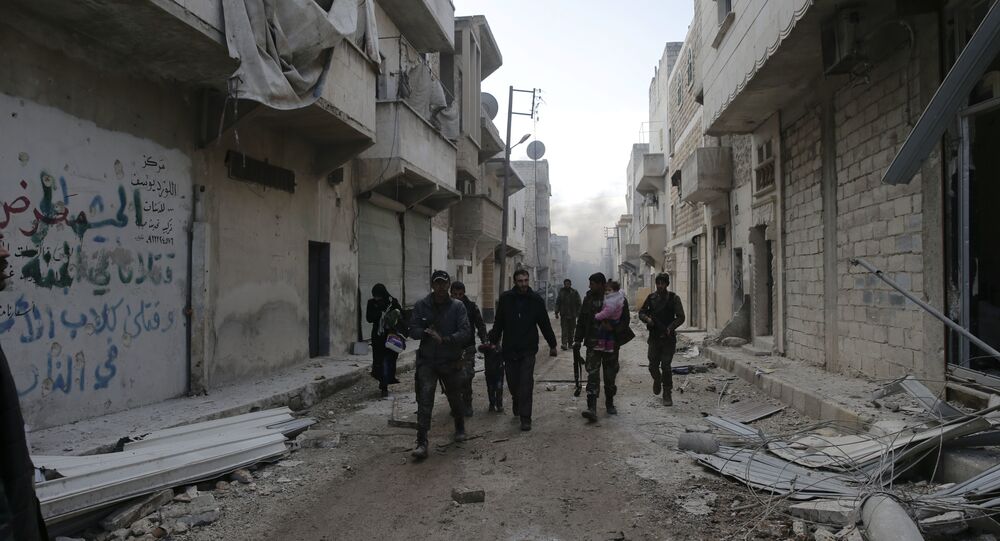 Rebels associated with Fatah Halab have surrendered nearly all of the districts encompassed in Old Aleppo following the Syrian Army advancing to the west side of Aleppo Airport.

This development occurs after a large counteroffensive by rebels at Karm Al-Qaterjy and Karm Al-Maysar failed to yield gains. Syria's Armed Forces also captured Turbet Lala district and the Sha'ar District, much to the rebels' chagrin.

According to Almasdar News, an agreement between Turkey and Russia has reportedly been reached concerning surrendering the eastern Aleppo districts that remain under the control of the rebels after Russian officers met with opposition leaders in Turkey.

Meanwhile it appears that a rebel supply route located in Eastern Ghouta has been shut down by the Syrian Army.

A military source told Almasdar News that the the route, situated between Al-Shifuniyah and Autaya was cut by a military operation that gave the Syrian Army control over an area near Hawsh ad-Dawahirah.

Several villages and towns were retaken after a full-scale operation against Jaysh al-Islam, a Saudi-militia in eastern Ghouta, a nerve center of rebel activity.