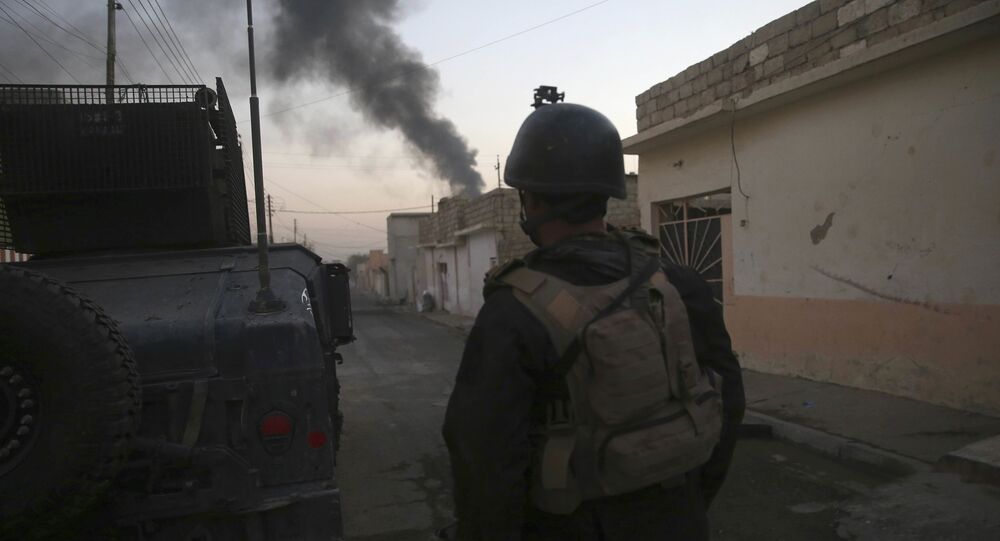 Recapturing the Iraqi city of Mosul from Daesh could happen before US President Barack Obama leaves office, Secretary of Defense Ashton Carter said in a briefing.

WASHINGTON (Sputnik) — Asked whether the recapture will take place before January 20, Carter said Monday that such an outcome is possible.

"That's certainly possible, but again, it's going to be a tough fight," he told reporters.

© Photo : mehrnews.com
Daesh Plants Bombs in Copies of Quran Near Mosul
The Iraqi operation to liberate Mosul from Daesh terrorists has been ongoing since October 17. The battle for the city began with 4,000 Kurdish Peshmerga fighters and 30,000 Iraqi soldiers backed by the US-led coalition advancing Mosul from the east, west and south.

Mosul has been occupied by Daesh, a terrorist group outlawed in Russia, since 2014.

On Monday, Special Presidential Envoy for the Global Coalition to Counter Daesh Brett McGurk announced that the coalition allocated $32 million to provide immediate assistance to the stabilization effort in northern Iraq’s Nineveh governorate, where Mosul is located.