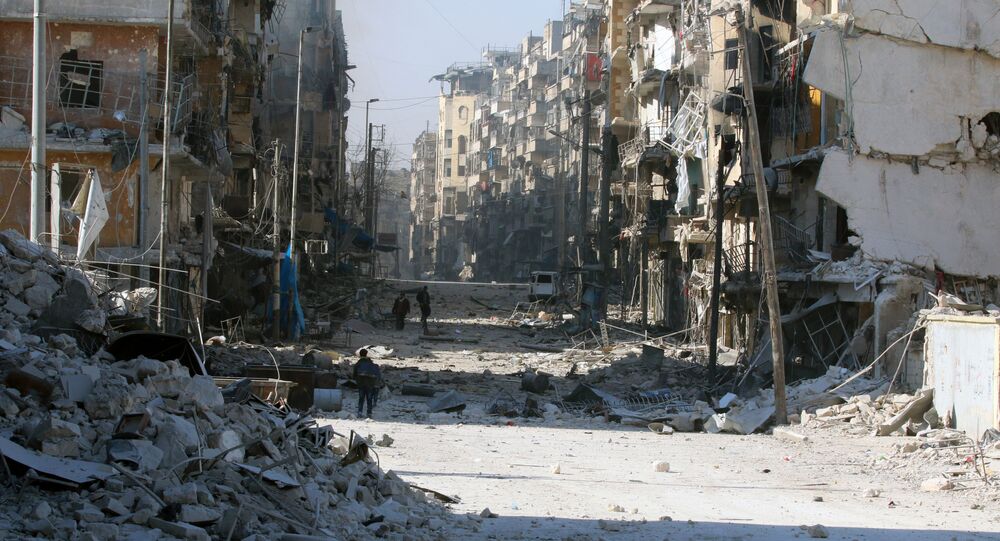 The Syrian army's command calls on the residents of eastern Aleppo's liberated areas to return to their homes.

DAMASCUS (Sputnik) — The Syrian army's command urged the residents of eastern Aleppo's liberated areas to return to their homes once security has been established.

"The Syrian Army General Command has called on the residents of the eastern districts of Aleppo to return to their homes after security and stability have been restored, as well as with the resumption of the work of public institutions in these areas," the general command said in a statement on Saturday.

© REUTERS / SANA
Total of 10 Militants Leave Eastern Aleppo in Past 24 Hours
In November, Syrian government forces, supported by local militias, launched a large-scale offensive against extremist groups in the eastern part of Aleppo. The army made major strides earlier this week, liberating almost half of the militant-held areas by late Monday, according to the Russian reconciliation center in Syria.

Earlier on Saturday, militants still encircled in the city again refused to seize the government offer of safe passage out of the city and vowed to continue resistance.

Lavrov: US Finally Moves Closer to Russia on Syria's Aleppo

Russian MoD: UK Not Providing Aid to Aleppo, Must Refrain From Sabotaging Help