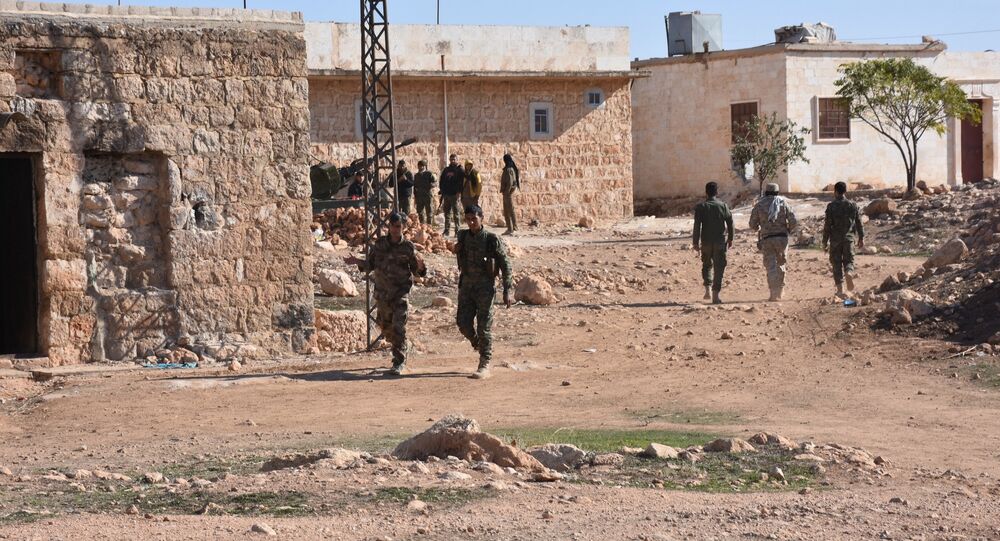 According to information received by a Sputnik correspondent, the bombing carried out by the Syrian military aircraft on the positions of the Free Syrian Army (FSA) in the area of al-Bab, which had been captured by Daesh, has halted the advance of the FSA fighters, which are supported by Turkey.

© Sputnik / Mikhail Voskresenskiy
Syrian Army Less Than Two Miles Away From Al-Bab City Seized by Daesh
Meanwhile, the Democratic Syrian Forces, which include the Kurdish self-defense units YPG, are also moving from Afrin and Manbij towards al-Bab in order to establish their own control there and to consolidate the Kurdish cantons of Afrin and Kobani.

The Syrian Army has liberated most of the settlements to the west of al-Bab from Daesh terrorists. It is reported by Sputnik Turkey that there are about 3 km left for the Syrian Army before it reaches the city.

Meanwhile, according to the Sputnik correspondent, Daesh militants’ kidnapped two Turkish soldiers near the village of Ed Dana to the west of al-Bab in the framework of operation Euphrates Shield.

It is reported that the Turkish soldiers were captured during an attack by the jihadists. They were first taken to al-Bab and from there to Raqqa.