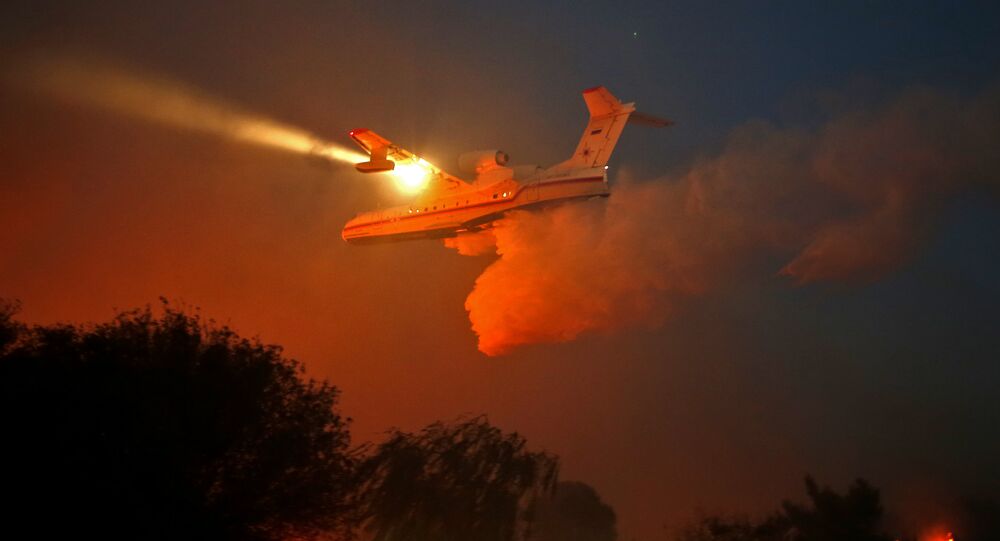 Russian Emergencies Ministry Be-200 aircraft have protected the several Israeli cities during an operation to extinguish wildfires.

Earlier in the day, the Israeli fire service said that the country has ended the international operation  due to extinguished fires and changed weather conditions.

“Thanks to professional actions of the EMERCOM pilots, the spread of fire towards Haifa, David and the southern part of Jerusalem was prevented,” the spokesperson said.

The Russian aircraft has used some 264 tonnes (291 US tons) of water against the wildfires during the entire operation of extinguishing fires, according to the spokesman.

According to the fire service data, a total of 1,773 fire outbreaks occurred last week, with Haifa being the hottest spot, with around 80,000 people evacuated. Some 900 firefighters were reportedly operating daily.

Dry and windy weather is considered to be one of the main reasons for the spread of fires in the country, however, Israeli police has reportedly arrested over 30 people suspected of arsons, which led to at least 24 large fire outbreaks.