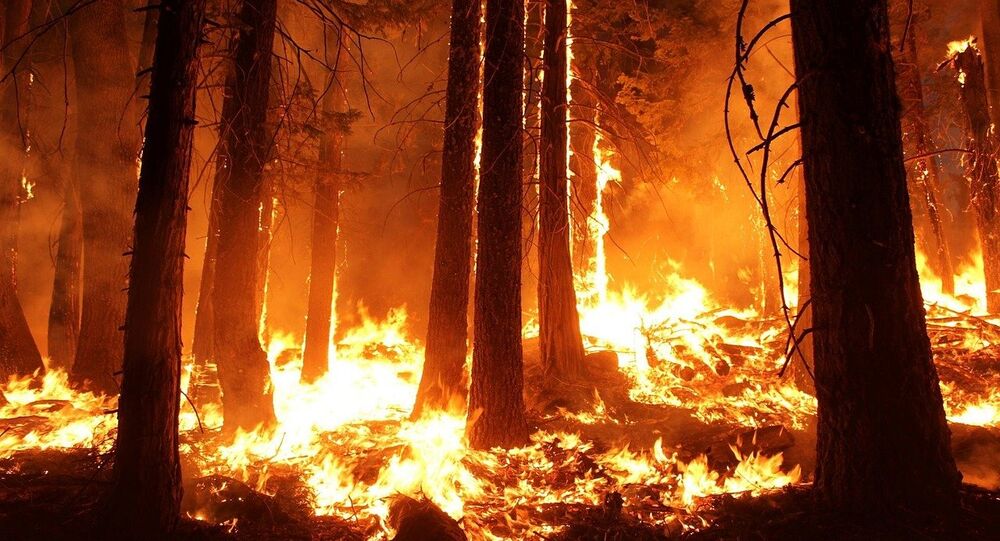 A military source spoke to Sputnik Arabic saying that the forest near the border with Turkey and in the eastern province of Latakia where the main forces of terrorists are situated is not burning.

The cities of Al-Qardaha and Gabla are faced with a looming threat. The fire was mainly raging in the south of Latakia but a cloud of black smoke has covered almost the entire territory of the province. Dozens of families have fled their homes.

According to the source, there are no obvious or natural causes for the occurrence of such a fire in this area. Therefore, people believe that the fire was probably set by the terrorists.

The firefighters have yet achieved the expected success in eradicating the fire and according to a firefighter who spoke with Sputnik Arabic there are several reasons for that.

“Firstly, there are several fires burning at the same time, so inevitably we are late getting somewhere. The priority is saving civilian homes and putting fires out over there comes first. Secondly, there are complications with fueling the fire-fighting machines with water,” the firefighter said.

Thirdly, there is a strong wind blowing from the East which makes it impossible to approach the fire site.

Minister of the Internal Affairs of Syria, Muhammed ash-Shaar, visited the region and instructed the responsible parties to investigate the causes of the massive fire.

Earlier it was reported that the fire destroyed agricultural land and olive trees in several villages in the area.