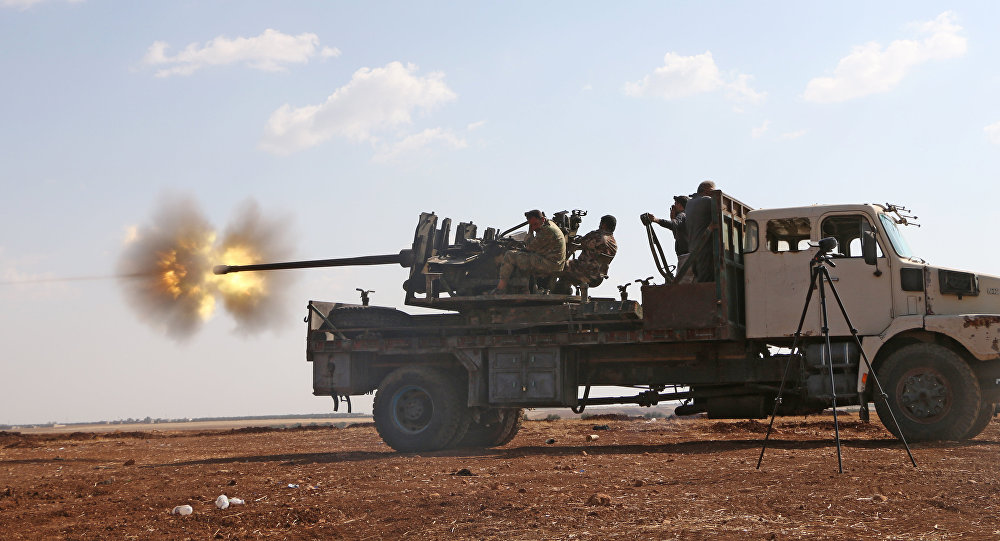 According to the Turkish General Staff, the Free Syrian Army liberated three settlements in Northern Syria from Daesh militants.

"As part of the Euphrates Shield operation the FSA forces cleared the villages of Khaliliyah, Ajami and Shabviran from terrorists. Four IS [Daesh] terrorists and two antiaircraft mounts were destroyed. During the air operation the Turkish air force destroyed four buildings controlled by the militants," the Turkish General Staff said in a statement.

On August 24, Turkish forces, backed by US-led coalition aircraft, began a military operation dubbed the Euphrates Shield to clear the Syrian border town of Jarabulus and the surrounding area of Daesh, outlawed in Russia and many other countries. As Jarabulus was retaken, the joint forces of Ankara, the coalition and Syrian rebels continued the offensive southwest.

Damascus Counts on Allies, Not Enemies - Syrian Army on US President-Elect Trump