Algerian President Abdelaziz Bouteflika has declared an eight-day national mourning to honor the memory of long-standing Cuban leader Fidel Castro, the Presidency of the Algerian Republic said in a statement on Saturday. 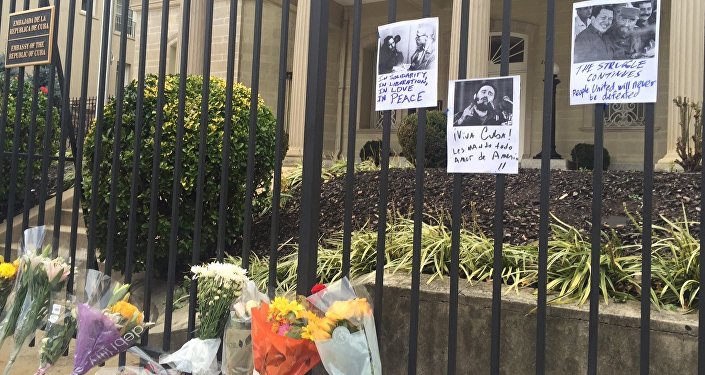 © Sputnik / Liudmila Chernova
People Laying Flowers at Cuban Embassy in US to Mourn Fidel Castro
MOSCOW (Sputnik) — Castro, the Cuban revolutionary leader who survived hundreds of assassination attempts and nearly a dozen US presidents, passed away at the age of 90. His death was announced by his brother and the incumbent Cuban President Raul Castro. A funeral ceremony has been scheduled for December 4, and will be held at a cemetery in Santiago de Cuba. Cuba has received a flood of condolences from leaders around the world, including Russia.

"The president of the Republic, Abdelaziz Bouteflika, on Saturday has declared eight days of national mourning as from Sunday 27 November 2016, following the death of Cuba's former Head of State, Fidel Castro Ruz, the leader of the Cuban Revolution," the statement reads as quoted by the Algeria Press Service.

Nicaragua has declared a nine-day national mourning over the death of the former Cuban leader.