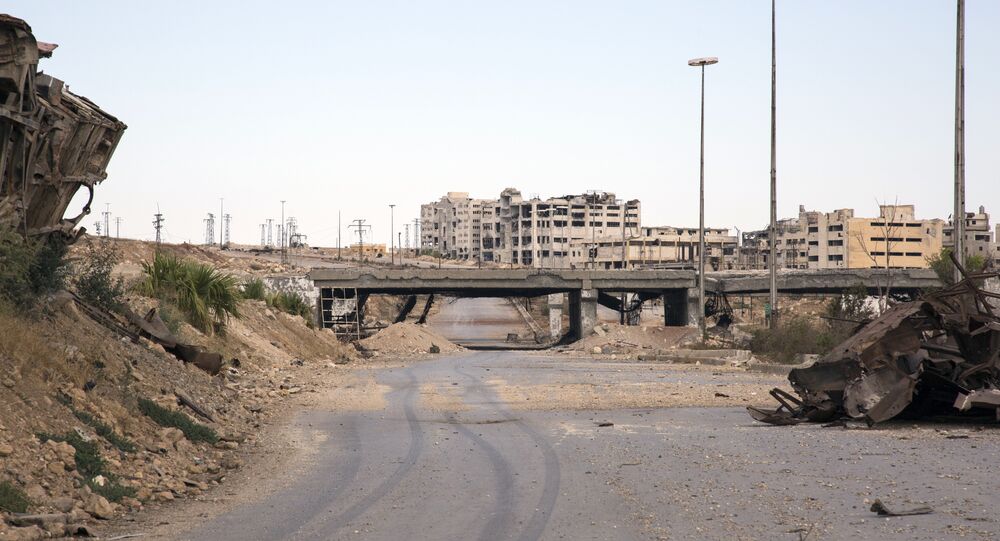 Russia has repeatedly introduced so-called humanitarian pauses in Syria's Aleppo, but every time they were sabotaged by lack of initiative from the United Nations representatives and actions of terrorists, the Russian Defense Ministry's spokesman Maj. Gen. Igor Konashenkov said.

"Russia has repeatedly introduced humanitarian pauses in Aleppo for varying lengths of time. However, every time they were sabotaged for two reasons: the reluctance of United Nations representatives to deliver humanitarian aid, and the alleged unawareness of terrorists regarding agreements on evacuation of civilians from Aleppo,” Konashenkov stated on Saturday.

The spokesman also said that during the last humanitarian pause two Russian servicemen have been injured after getting under terrorists' fire.

"During the last humanitarian pause, two officers of the Russian Center for reconciliation were injured by shrapnel from a mortar attack by militants from eastern Aleppo while waiting for humanitarian column to enter the city,” he added.

© Sputnik / Michael Alaeddin
UN in Talks With All Sides in Syria, US, Russia on New Aleppo Humanitarian Pause
Earlier this week, the spokesman stressed that the resumption of humanitarian pauses in Syria's embattled city of Aleppo is possible only if the Russian military receives solid guarantees from UN officials on the cessation of hostilities by the militants as well as safe evacuation of wounded and sick from areas controlled by terrorists.

On Thursday, humanitarian adviser to UN special envoy for Syria Jan Egeland said that the opposition of eastern Aleppo had given its written support to a UN four-point humanitarian plan for the region.

"The Russian Defense Ministry does not have credible information on the alleged agreement of the ‘armed opposition’ on the supply of the humanitarian aid," Konashenkov commented on the announcement, adding that apart from the words of Egeland, there is no evidence of the opposition’s readiness for the supplies, no statements or documents.

The ministry spokesman stressed that Russia is ready to support all initiatives, "not only from the United Nations" on the delivery of humanitarian aid to "to eastern Aleppo, as well as other areas in Syria."

Thousands of civilians are believed to be trapped in Aleppo without access to food, water, electricity or medical assistance as Syrian government troops and rebel forces continue to fight for its control.

US Soldier Killed in Syria on Thanksgiving Day Identified