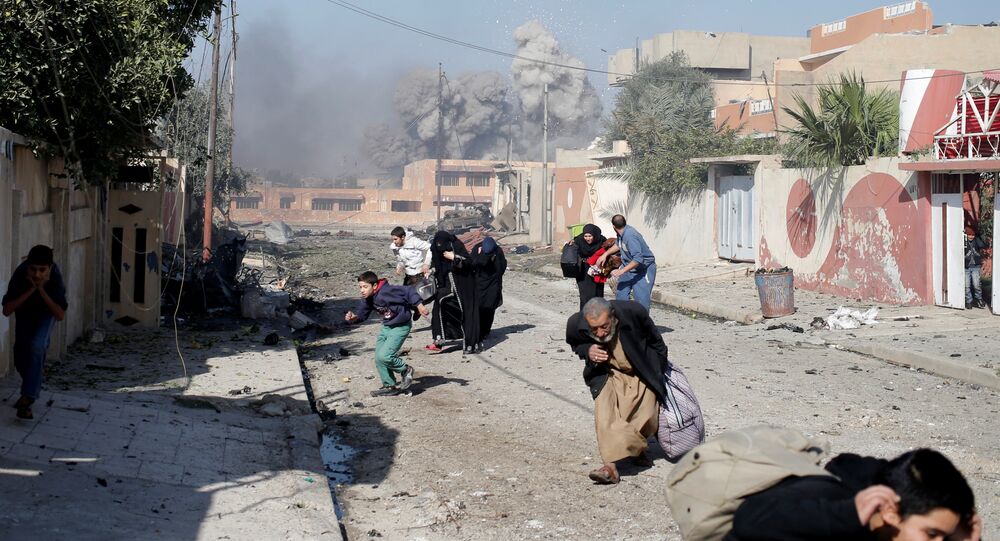 The US-led coalition air forces destroyed three Daesh-held buildings, two mortar systems, two vehicles, a VBIED, an artillery system and a weapons cache during airstrikes against the Daesh terrorist-group near the Iraqi city of Mosul, according to official statement.

© REUTERS / Rodi Said
US-Led Coalition Conducts 13 Airstrikes Against Daesh in Syria’s Raqqa - Joint Task Force
WASHINGTON (Sputnik) — The US-led coalition against the Daesh carried out three airstrikes against the group’s positions near the Iraqi city of Mosul in support of the operation to capture the city, Combined Joint Task Force — Operation Inherent Resolve said in a press release.

The coalition conducted three additional strikes in Iraq, destroying vehicle borne improvised explosive device factories near Rawah and Tal Afar and a vehicle near the city of Al Asad.

© AP Photo / Azad Lashkari
US-Led Coalition Conducts Eight Airstrikes on Daesh Positions Near Iraq’s Mosul
In Syria, the coalition carried out 12 airstrikes, including three strikes near Raqqa and one near Ayn Isa, as well as three near Manbij that destroyed an Daesh weapons storage facility and a fighting position.

On Thursday, Central Command announced that a US service member had died from injuries sustained in an improvised explosive device blast near Ayn Isa, located about 34 miles north of Raqqa.

The Islamic State, also known as Daesh in Arabic, is outlawed in the United States, Russia and other countries.