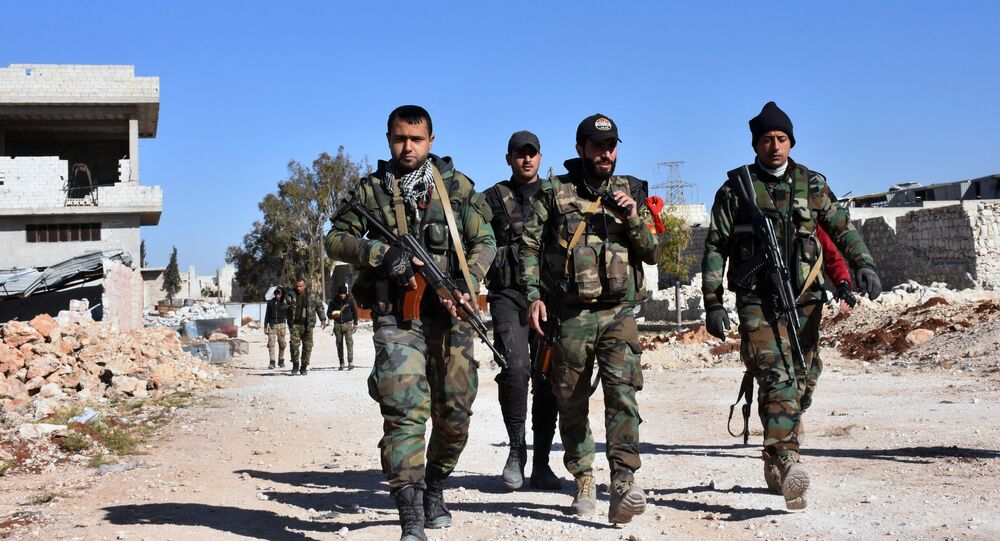 Three quarters of Bustan al-Basha neighborhood to the north-east of Syria's Aleppo are under control of the Syrian government forces after the launch of large-scale offensive against extremist groups, according to militia source.

"The Syrian government forces with strong fire support are advancing in Bustan al-Basha district. By now, three quarters of the territories of this strategic district are under control of the forces. The Lebanese Hezbollah movement’s troops provide support in the offensive," the source said.

Earlier this week, Syrian troops supported by local militias managed to break through the key terrorist positions in another strategic district of Masaken Hanano.

© REUTERS / Ammar Abdullah
Russian Military Experts Prove Mustard Gas Was Used in Attack on Aleppo Civilians
Over the recent months, Aleppo has been a major battleground in Syria, engaging government forces, jihadists, and numerous opposition groups. Eastern Aleppo is held by militants, encircled by government forces, and the fighting has affected thousands of civilians still trapped in the city.