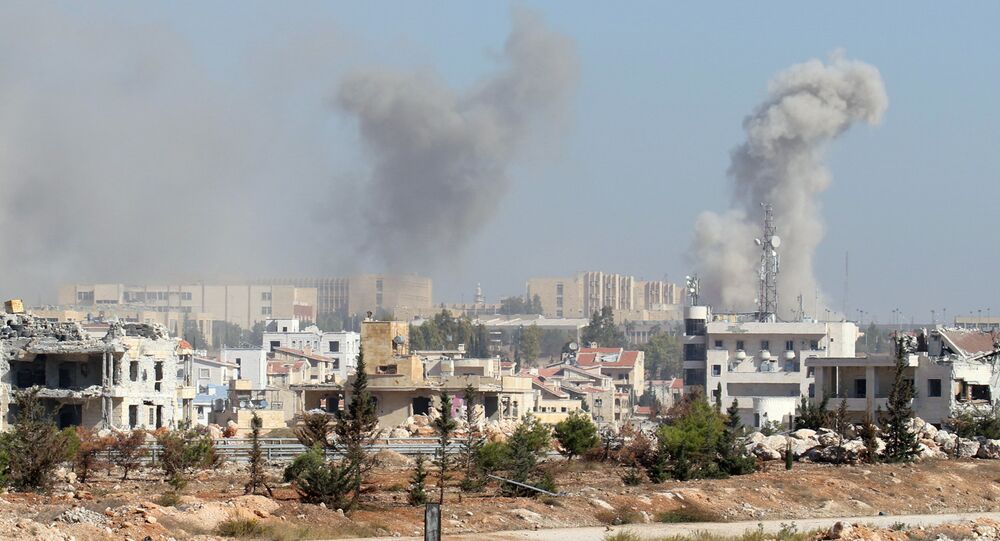 Russian military experts say they have found proof of the use of mustard gas by militants against civilians in the Syrian province of Aleppo.

ALEPPO (Sputnik) – The ammunition was used in a September attack on one of the villages in Aleppo province.

The ammunition was used in a September attack on one of the villages in the Aleppo province.

© REUTERS / Nour Fourat
US Soldier Killed in IED Blast in Syria; First US Casualty in Syrian War
The ministry’s spokesman Maj. Gen. Igor Konashenkov said that the UN-backed Organization for the Prohibition of Chemical Weapons (OPCW) was reluctant to join forces with Russia or send experts to Aleppo, while some OPCW members are ignoring evidence that chemical weapons are being used by militants against civilians in Syria.

Russian military experts have been analyzing samples taken in Syria in order to find proof of reports of chemical weapon use by members of radical groups against civilians.