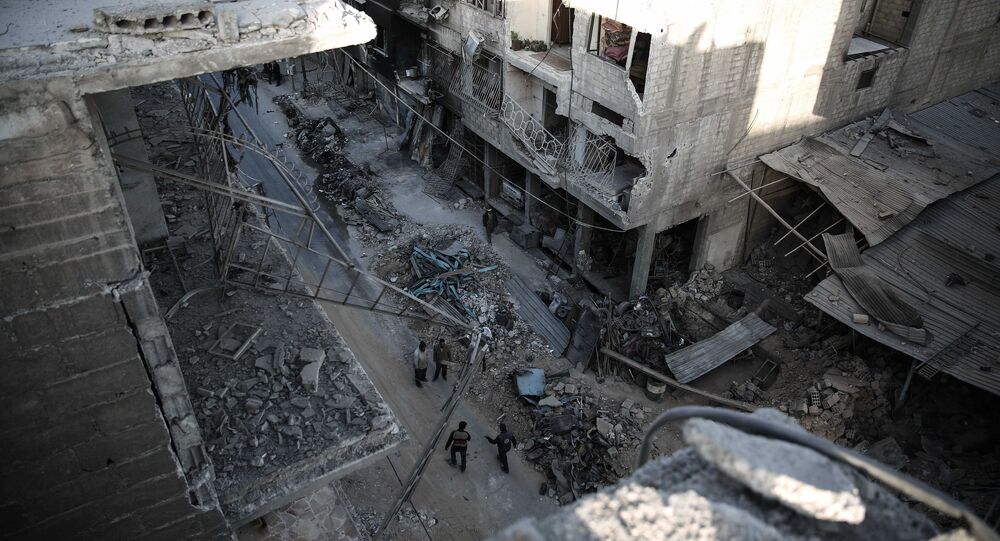 Six people were killed after aish al-Islam militant group launched the mortar attack in the Harasta settlement located to the northeast of Damascus, according to a military source.

According to the SANA news agency, the mortar attack took place in the Harasta settlement located to the northeast of the Syrian capital.

© AFP 2020 / Ayham al-Mohammad
Syrian Army, Militia Kill Terrorists Near Harasta City in Damascus Province
On Wednesday, the government forces launched an operation aimed at encircling Harasta and cutting off the escape routes for the militants seizing it. Harasta is a strategically important settlement, and the government forces seek to take control over it to restore the safe transport connection between Damascus and Homs.

Earlier on Thursday, an opposition source told RIA Novosti on Thursday that the Syrian forces managed to destroy terrorists near Harasta.

Syria's civil war between government forces and opposition has been ongoing for over five years and has given rise to a number of terrorist groups, including the Jaish al-Islam and the Islamic State, both of which are outlawed in a number of countries, including Russia. During the conflict, hundreds of thousands Syrians have been killed and millions more have been displaced.