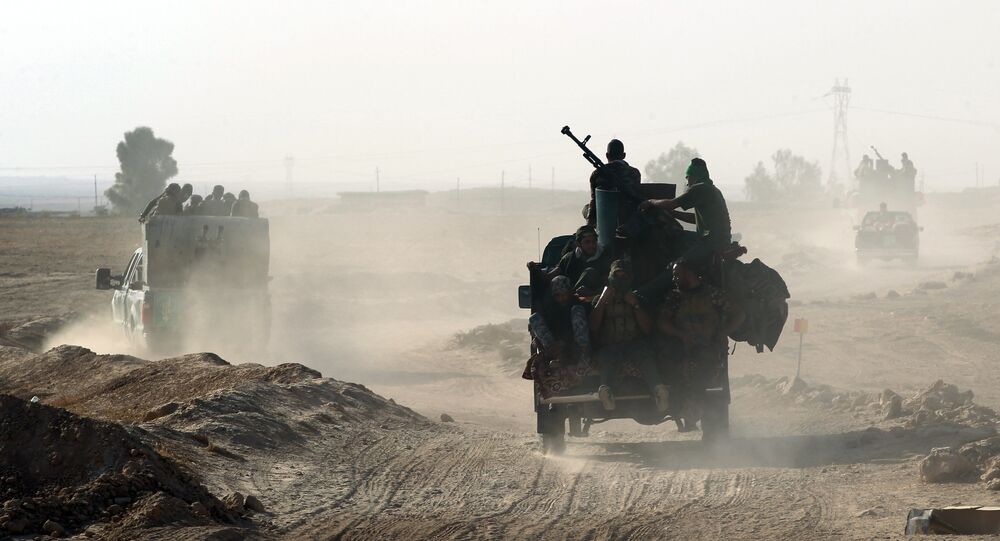 According to Sputnik’s sources in the Iraqi Army, government forces and Peshmerga troops in the framework of Mosul operation were able to make significant advances in liberating strategic quarters of the city.

© Sputnik / Hikmet Durgun
Iraqi Militia Cut Off Highway Leading From Mosul to Syria, Tighten Encirclement
The troops managed to free a number of strategic positions on the southern and eastern outskirts of Mosul from Daesh, in particular an important strategic quarter of Kadisiye was liberated.

At present, work to neutralize bombs and booby-traps is ongoing. Just a day earlier, the Iraqi forces also liberated most of the Selam area in the east.

According to Sputnik Turkey, the Iraqi Army advanced slowly due to a large civilian presence in the area. For this same reason the government forces did not use any heavy weapons.

During the fierce clashes in Selam area, the jihadists suffered serious losses.

Currently, Daesh is showing resistance in Mosul by using vehicles stuffed with explosives and snipers. In turn, the Iraqi Army has destroyed these vehicles with missiles.