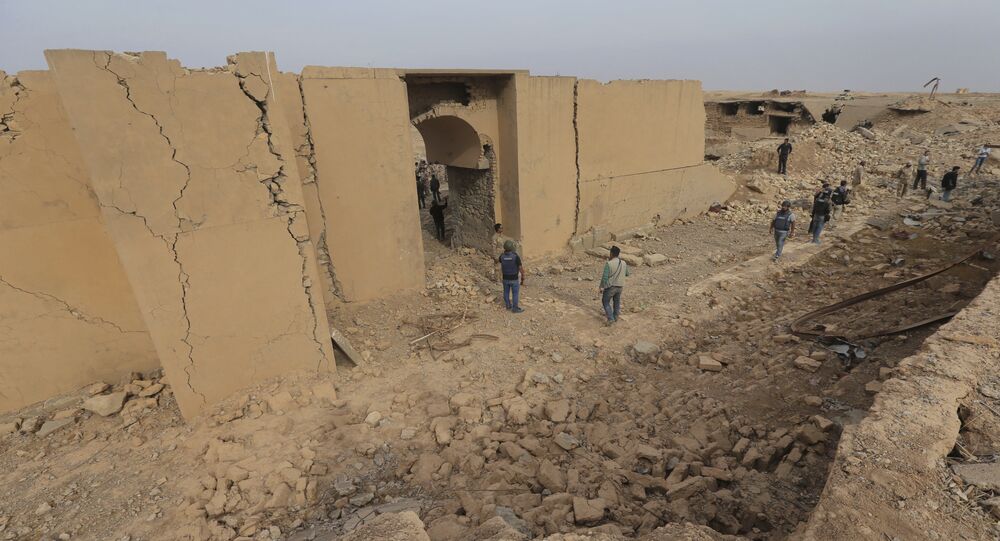 The ICRC has no accurate data on the number of victims among civilians from Daesh in Mosul, ICRC President Peter Maurer said.

© AFP 2021 / MAHMOUD TAHA
ICRC Hopeful of Resuming Cooperation Between US, Russia on Syria - President
MOSCOW (Sputnik) — The International Committee of the Red Cross (ICRC) has no accurate data on the number of victims among civilians killed in an joint operation of the Iraqi forces and US-led coalition to liberate the Iraqi city of Mosul from the Daesh terrorist group, ICRC President Peter Maurer said.

The ICRC has no accurate figure, Maurer told the RT television broadcaster answering the corresponding question.

According to Maurer, the ICRC is concerned over the humanitarian situation in Mosul and Syria's Aleppo, as well as over how military operations affect civilian population in Syria, Iraq, Yemen and other conflict-torn nations.

© REUTERS / Rodi Said
US-Led Coalition Conducts 13 Airstrikes Against Daesh in Syria’s Raqqa - Joint Task Force
Earlier in November, the US military’s Central Command (CENTCOM) said that US-led coalition strikes in Iraq and Syria focusing on jihadists had killed 64 civilians within the past year. During the period from November 20, 2015, to September 10, 2016, the coalition strikes killed 34 non-combatants in Iraq and 30 civilians in Syria.

The US-led coalition of more than 60 nations has been conducting airstrikes against the Islamic State in Syria and Iraq since 2014. However, the strikes in Syria are not authorized by the legitimate government of President Bashar Assad or by the UN Security Council.

The Islamic State is outlawed in the United States, Russia and other countries.

Over 8,000 Civilians Manage to Flee Mosul in Last 4 Days