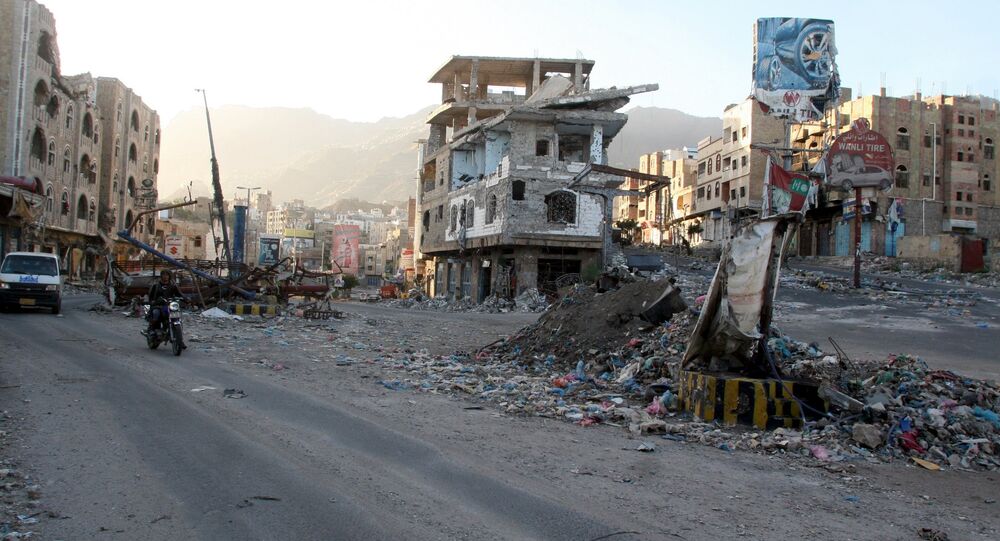 The Saudi-led international coalition forces are intimidating medical staff in the southwestern Yemeni city of Taiz by deploying the armed forces near medical facilities, an international watchdog said Wednesday.

MOSCOW (Sputnik) – On Saturday, the Saudi-led coalition backing the Yemeni government announced the start of a 48-hour ceasefire in the crisis-torn country. The ceasefire took force at noon local time (09:00 GMT). However, soon after its start, media reported that both sides were violating the truce.

On Monday, spokesperson of UN Secretary-General Ban Ki-moon said that the armed conflict in Yemen had clearly resumed as the both sides reported ceasefire violations, including airstrikes and ground clashes.

"There is compelling evidence to suggest that anti-Houthi forces have waged a campaign of fear and intimidation against medical professionals in Ta’iz. By positioning fighters and military positions near medical facilities they have compromised the safety of hospitals and flouted their obligation to protect civilians under international law," Research and Advocacy Director for the Middle East and North Africa at Amnesty International Philip Luther said in a statement.

Luther added that he strongly condemns the actions of the anti-rebel forces as they violate the international law by intimidating the medical professional and preventing them from conducting life-saving work.

Since March 2015, the Saudi-led coalition of mostly Persian Gulf countries has been carrying out airstrikes against the rebels in Yemen.