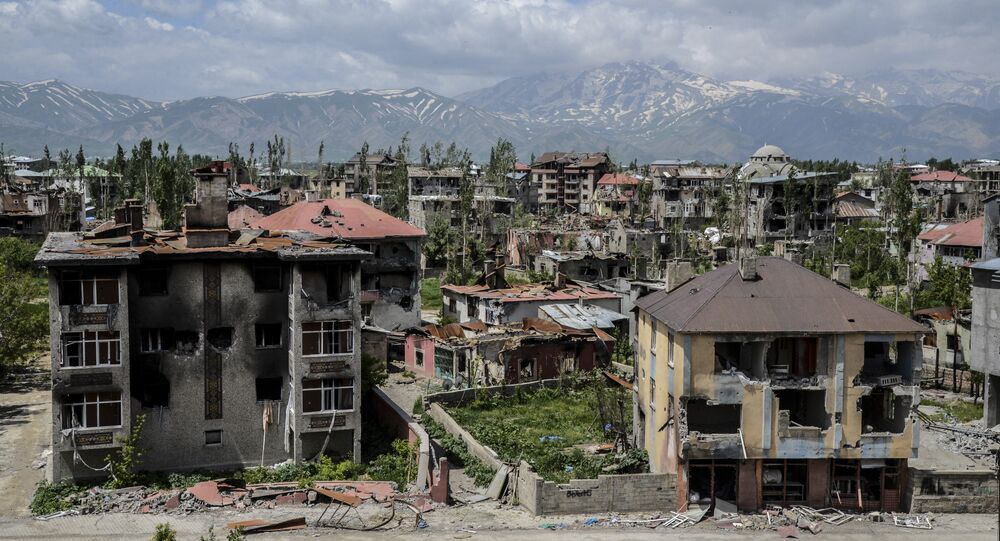 © REUTERS / Sergei Karpukhin
Turkey's, Iraq's Future Inclusion in Russia-Syria-Iran Talks on Syria Helpful
MOSCOW (Sputnik) — He added that although Erdogan had been threatening to invade Iraq as part of Ankara’s military operation in the Kurdish-dominated southeastern region of Turkey, there was certain pressure on the Turkish president limiting these opportunities.

"Turkey has intervened and keeps on intervening in Iraq’s internal affairs… This new intervention attempt is connected with Erdogan’s aspiration to export its own crisis and distract public opinion from violations of democracy, which can be seen in Turkey," Ahmed told reporters.

Turkey sent troops across the border with Iraq late last year allegedly to train Sunni fighters at a base near the Daesh-held Iraqi town of Bashiqa. Ankara's move has been repeatedly criticized by Baghdad.

After the attempted coup in Turkey on July 15, which killed 240 people and injured over 2,100, Ankara took a number of harsh measures and arrested more than 13,000 people. These steps were criticized by some EU countries that accused Turkey of violating human rights and democratic values.

In early November, the Turkish military began deploying tanks and other armored vehicles to the town of Silopi near the Iraqi border amid the fight against the outlawed in Turkey Kurdistan Workers’ Party (PKK).