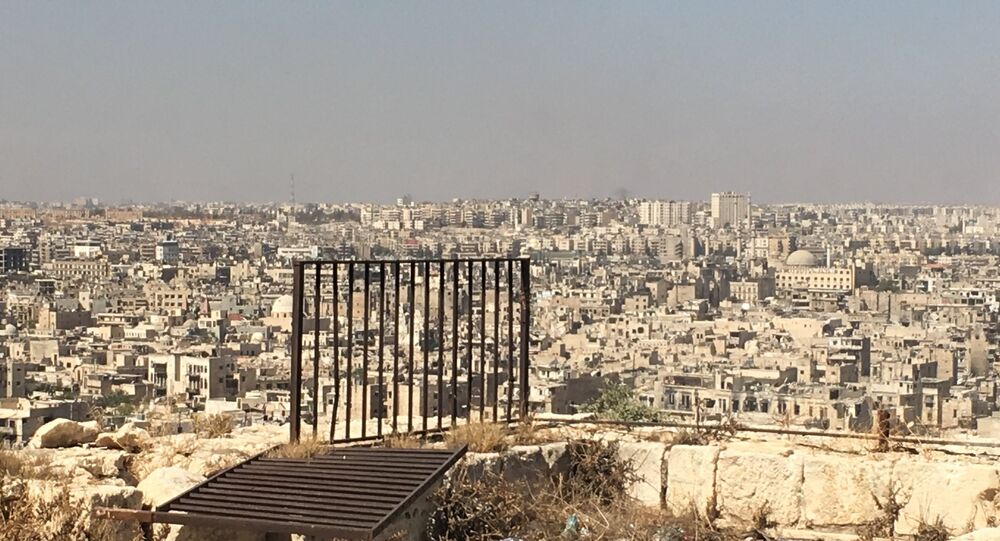 DAMASCUS (Sputnik) — The escape plan was elaborated with the help of the Syrian army, while the first ten people (two families, each consisting of five people) were evacuated from Aleppo under the same scheme on November 20.

"A group of civilians, consisting of seven people, reached positions of the Syrian army in the Suleiman al-Halabi neighborhood today, and they were later relocated to safer areas," the source said.

The Syrian government forces reportedly plan to take other steps aimed at rescuing civilians from the eastern neighborhoods of Aleppo, though no details are disclosed.

© AFP 2021 / GEORGES OURFALIAN
Battle for Aleppo: This is 'What People Cannot Understand' About Situation in the Besieged City
Over the recent months, Aleppo has been a major battleground in Syria, engaging government forces, jihadists, and numerous opposition groups. Eastern Aleppo is held by militants, encircled by government forces, and the fighting has affected thousands of civilians still trapped in the city.

At the moment about 200,000-300,000 civilians are held by terrorists in the eastern neighborhoods of Aleppo.

Syrian Army Has All Info on Locations of Militants, Infrastructure in Aleppo