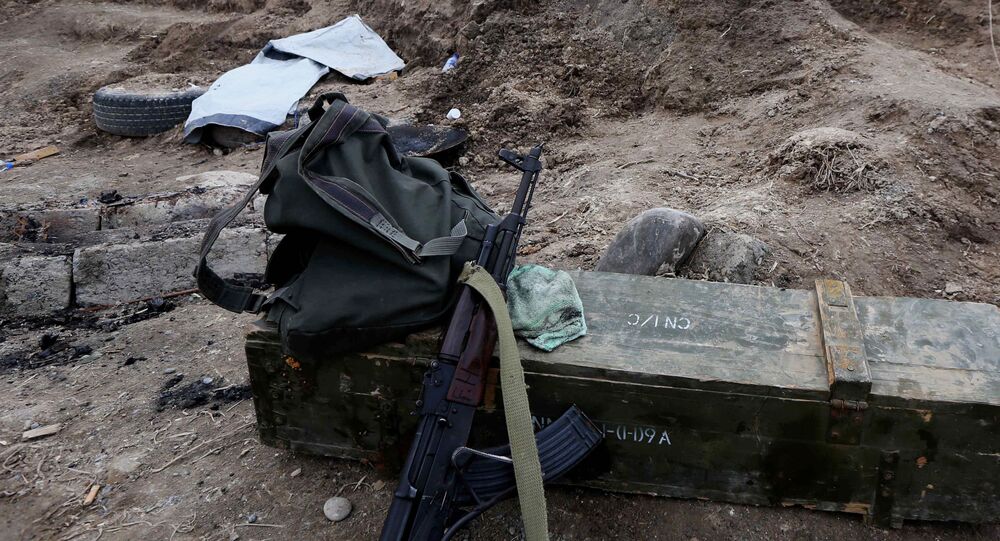 US, Saudi Ammunition Bound for Syrian Moderate Opposition Ends Up in Daesh Hands

Ammunition supplied by the United States and Saudi Arabia to moderate Syrian opposition groups has been found in the possession of Daesh terrorist group, representatives of a UK-based organization monitoring weapons movement said.

© AFP 2020 / MARWAN IBRAHIM
Daesh Could Use Chemical Weapons in Mosul - Kurdistan Democratic Party
MOSCOW (Sputnik) — The Conflict Armament Research (CAR) investigators work in the areas recently liberated from Daesh and its research shows that ammunition boxes left by the jihadists can be traced back to factories in Eastern Europe, the BBC reported Monday, citing CAR team leader James Bevan.

Inquiries by Bevan's team indicated that the factory orders could be traced back to the United States and Saudi Arabia. Ammunition was then shipped to southern Turkey en route to opposition groups in northern Syria.

"Their procurement networks reach out into southern Turkey and they obviously have a series of very strong relationships with very big distributors," Bevan told the BBC.

The ammunition then found its way into Daesh hands, eventually ending up in Iraq, where Daesh is fighting US-backed government troops. Ammunition boxes in question were found starting late 2015 in Tikrit, Ramadi, Falluja and Mosul, according to CAR.

© Flickr / Trocaire
Daesh Uses Women, Children to Smuggle Weapons Into War Zone in Syria – Ankara
CAR estimated that the speed of procurement was some two months between factory and the final destination in Iraq. The organization's report has yet to be published.

Daesh, a militant jihadist organization outlawed in many countries, including the United States and Russia, took over vast swathes of Syria and Iraq in 2014 amid the ongoing Syrian civil war.

The US Train and Equip Program aimed at moderate Syrian rebels was canceled in October 2015 after a number of US-trained forces were quickly overrun by extremists while the US-provided weapons were reportedly handed over to the terrorist groups. A part of the US-trained forces defected and fought on the side of terrorists.

Both the United States and the United Kingdom have recently decided to resume training programs in Syria.

'We Weren’t Ready for This': Daesh Deploys Weaponized Drones