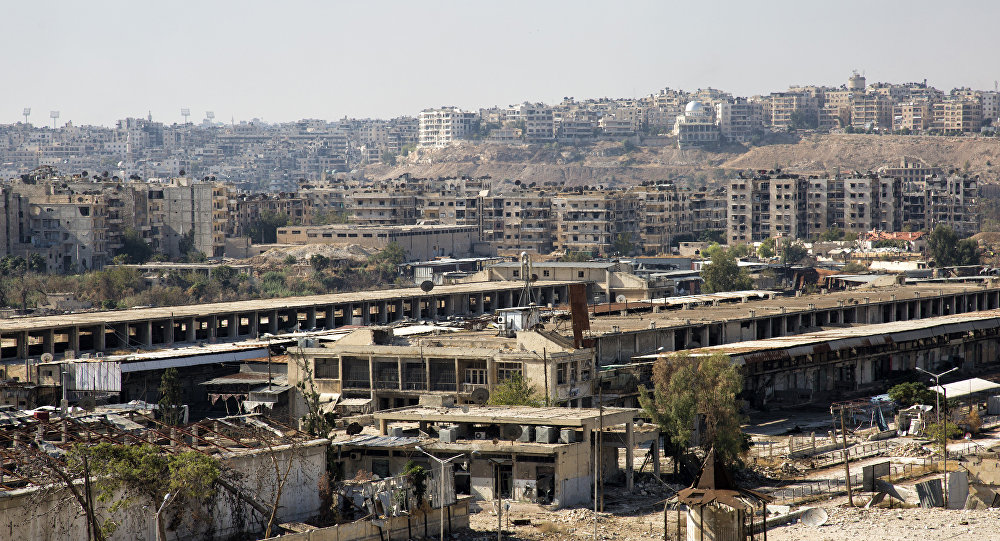 The Syrian foreign minister said that the country's authorities rejected the idea of self-administration in eastern Aleppo as it would undermine Syria's national sovereignty.

"This idea has been completely rejected. This would be a violation of our national sovereignty," Muallem told reporters after the negotiations with UN Special Envoy for Syria Staffan de Mistura, speaking about the possibility of self-administration in the areas of eastern Aleppo held by militants.

He added that at the same time there were positive trends in the settlement of the Syrian conflict.

"This inspires optimism and brings hope that the conflict would be settled by political means," the Syrian minister said.

As part of the so-called Arab Spring, protests in Syria erupted in 2011 and resulted in clashes between the government forces and opposition. Since then, the Middle Eastern country has been mired in a war, with the Syrian government fighting numerous opposition groups and terrorists.

Over the past few months, Aleppo has seen intense fighting, with the government troops along with local militias managing to encircle large groups of militants in the eastern part of the city. The ongoing violence has already affected thousands of civilians still trapped in the city.