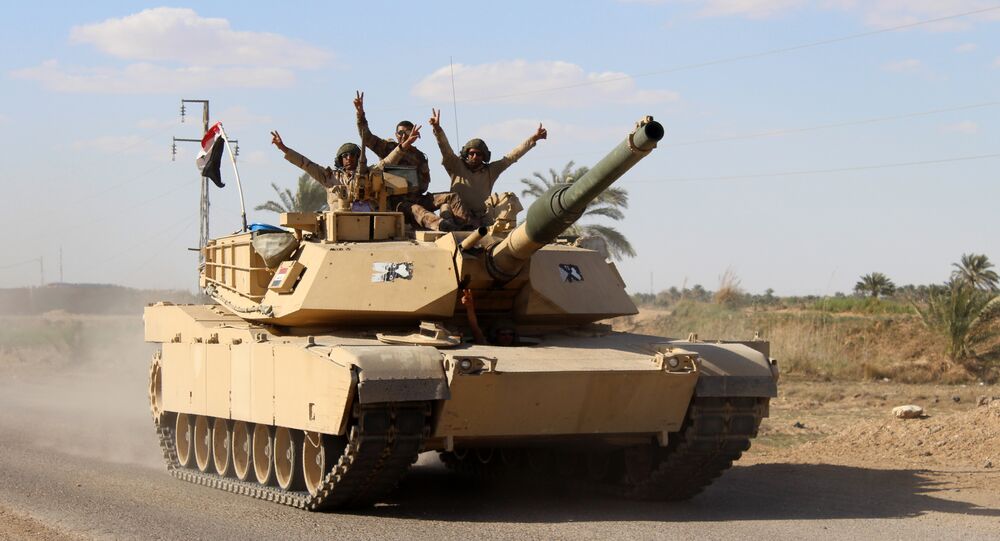 Target Daesh: Pentagon Preps for New Base in Iraq

On Wednesday Captain Nazim al-Jaghifi, head of the al-Somoud Brigade, announced that US forces are in the process of establishing a new military base in the Haditha district west of Anbar, in order to monitor Daesh activity in nearby areas.

"US forces, coming from Ayn al-Assad base in Baghdadi area, explored the areas of Haditha district in Anbar in order to establish another base in the province to monitor the movements of the Islamic State’s members in the western cities," Iraqi News quotes al-Jaghifi saying in a statement.

The director detailed that US troops scouted areas inside and around the Haditha Dam for the new base, adding, "The US forces are stationed in Ayn al-Assad and al-Habaniyah bases, in eastern Ramadi, for more than one year, and trained Iraqi security forces and al-Hashd al-Shaabi."

Daesh first attempted to take Haditha in early July with a slew of car bombings, including a bulldozer loaded with explosives that killed at least seven Iraqi troops.

More than 30 Daesh militants were killed later that month when the group tried to mount a large counteroffensive in the Al-Anbar Governorate to take the area from Iraqi Armed Forces. The battle lasted for several hours, but after trying to penetrate the Iraqi Army’s position near Anah, the jihadists retreated. Ten armored vehicles were destroyed as well.