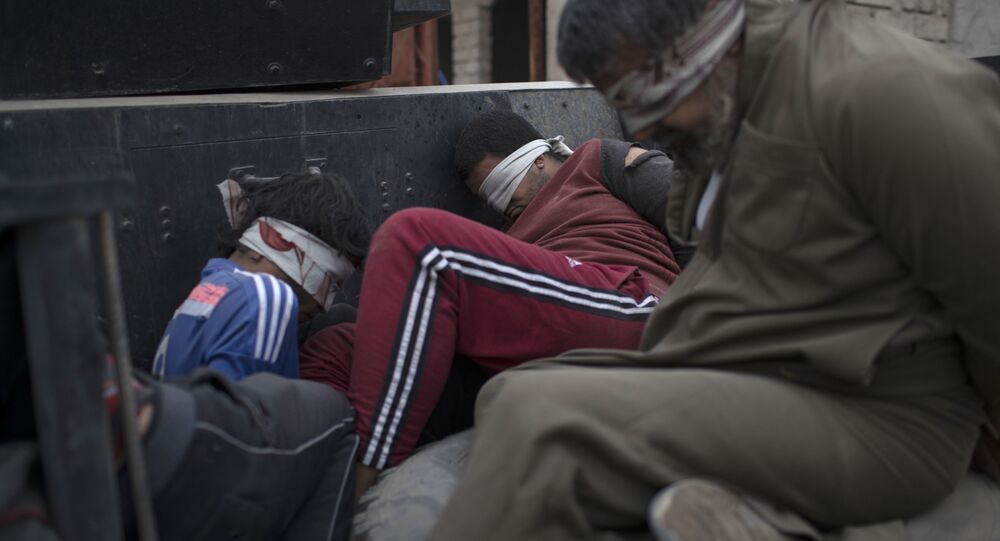 At Least 300 Former Iraqi Policemen Executed by Daesh Near Mosul

Al least 300 former Iraqi law enforcement and police officers were murdered by the Daesh terrorists in Mosul, according to Human Rights Watch (HRW).

MOSCOW (Sputnik) — Militants of the Islamic State (ISIL or Daesh) jihadist group killed at least 300 former Iraqi police officers and buried them southeast of Mosul, according to an international human rights organization.

“This is another piece of evidence of the horrific mass murder by ISIS of former law enforcement officers in and around Mosul,” Joe Stork, deputy Middle East director at Human Rights Watch (HRW), said as quoted in the watchdog's statement.

© AFP 2020 / Odd ANDERSEN
Iraqi Forces Move One-Third of Way Into Eastern Mosul - Pentagon
According to HRW, citing witnesses, the execution of former officers captured by extremists took place late in October while the Iraqi Security Forces discovered the mass grave some 20 miles away from Mosul on November 7.

Mosul has been occupied by the Daesh, an organization outlawed in Russia, since 2014. On October 17, Iraqi Prime Minister Haider Abadi launched the operation to retake the city. The operation began with 4,000 Kurdish Peshmerga fighters and 30,000 Iraqi soldiers backed by the US-led anti-terrorist coalition.