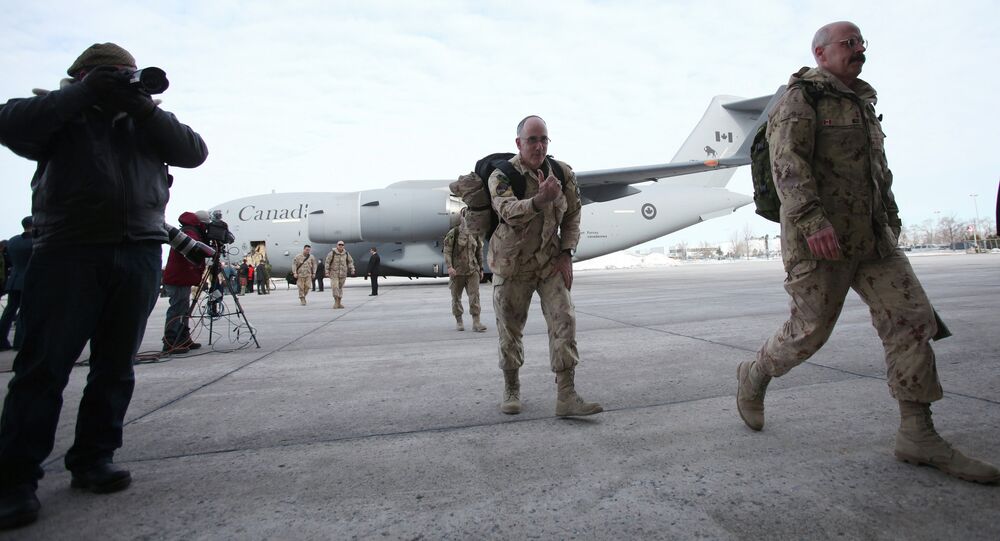 Canadian Special Forces have been involved in significantly more fighting with Daesh in Iraq since the operation to retake the city of Mosul from the terror group began.

WASHINGTON (Sputnik) — Canadian Special Forces have been involved in significantly more fighting with Daesh in Iraq since the operation to retake the city of Mosul from the terror group began, Canadian Special Operations Forces (CANSOF) Commander Major-General Michael Rouleau said on Wednesday.

Most of the incidents were in response to threats to Canadian or Kurdish Peshmerga troops or civilians, Rouleau explained.

© Sputnik / Hikmet Durgun
Peshmerga Forces to Remain in Areas Freed From Daesh Before Mosul Battle
Additionally, Rouleau asserted that no Iraqi civilians have been injured or killed as a result of engagements by CANSOF.

Previously, officials said Canadian troops had only used force against the militants 11 times since joining the US-led coalition combatting the terror group in 2014.