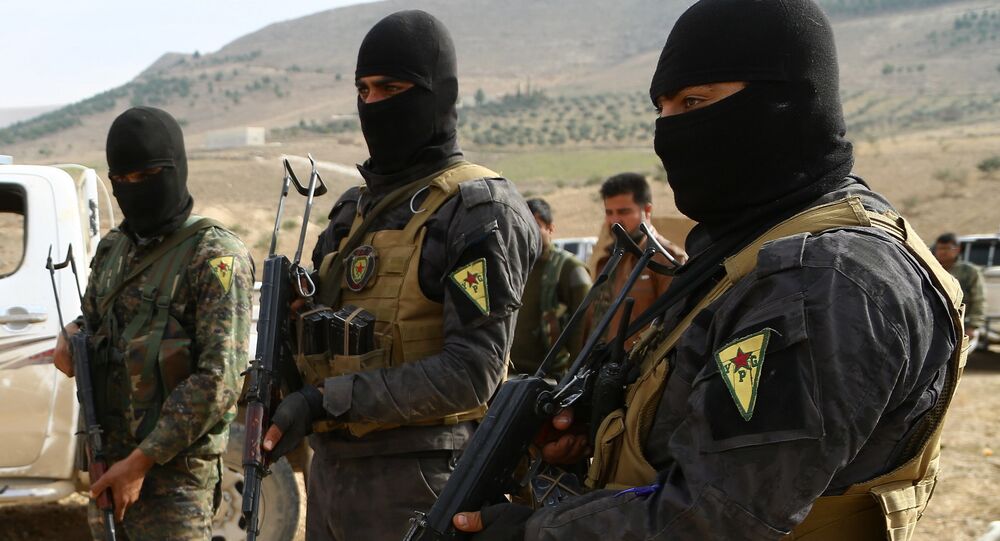 The Kurdish People’s Protection Units (YPG) announced the relocation of forces to the east of the Euphrates River in Syria to participate in the liberation operation of Raqqa, according to official statement.

DAMASCUS (Sputnik) — The Kurdish People’s Protection Units (YPG), will join the US-led coalition in the liberation operation of the Syrian city of Raqqa from the Islamic State (ISIL or Daesh) terrorists, the YPG said in a press release on Wednesday.

"After our units, stationed in Manbij city [in Northern Syria] and its surroundings have accomplished their mission of liberation and protection of civilians of this city, we announce the relocation of our forces to the east of the Euphrates River to participate in the liberation operation of Raqqa," the press release read.

© AP Photo / Mursel Coban
YPG's Involvement in Raqqa Offensive to Exacerbate Tensions Between US, Turkey
The US-led coalition, which comprises more than 60 countries, has been conducting airstrikes against the Daesh, which is banned in Russia and many other states, in Syria and Iraq since 2014.

The coalition forces are fighting two major operations to oust the Daesh from both Mosul and Raqqa.

Raqqa Offensive: Another of Obama's Efforts to End His Presidency With a Success