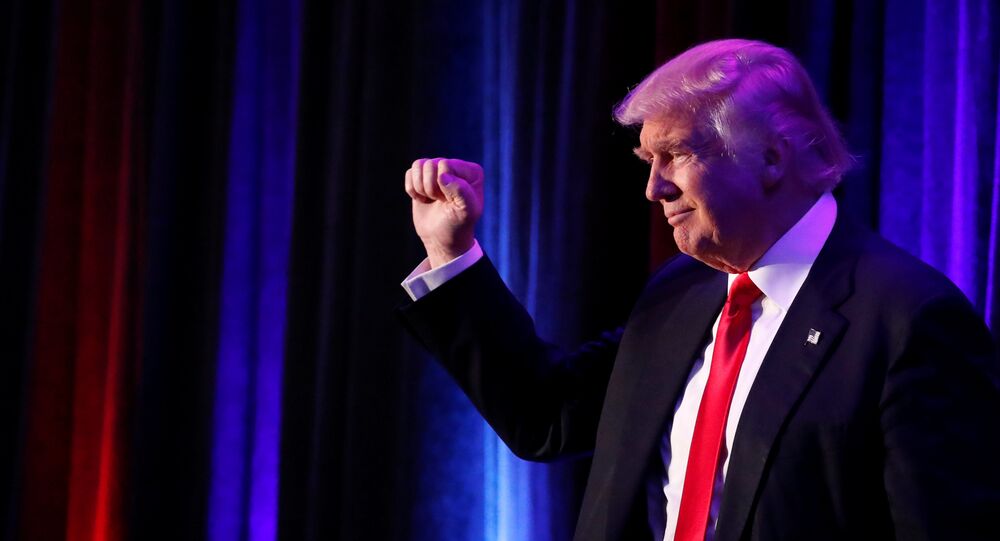 Musa Ozugurlu, a political commentator and columnist for Duvar website, spoke to Sputnik about how US President-elect Donald Trump’s future foreign policy may pave the way to resolving the Syrian conflict.

Ozugurlu who has worked for many years in Damascus, writing for the online portal Duvar told Sputnik Turkey that Trump could change the balance of power in Syria, in particularly by giving the initiative for the settlement of the crisis to Russia and Iran.

“The US has no area for maneuvers left in the Middle East and Trump understands that. Therefore, he will likely look for options to depart from active involvement in the Syrian conflict at the same time trying to keep the face of Washington,” the columnist said.

© Sputnik / Michael Alaeddin
'Trump Likely to Support Russia’s Stance on Syria' to Put an End to the War
He further said that Russia continues to increase its influence in Syria and in the near future Russia may begin a large-scale operation in Aleppo.

“We can assume that Trump within a foreign policy strategy aimed at finding ways to resolve conflicts will give initiative of the settlement of the Syrian crisis to a Russian and Iran alliance.”

The columnist also spoke about the possibility of improved relations between Iran, Turkey and the US.

“Of course, there is no need to think that Trump and Assad will shake hands. However, at least the desire to establish a sustainable dialogue at the level of delegations is quite a predictable possibility,” Ozuğurlu said.

“I believe that on Ankara’s part there will be a tendency to further mitigate the position in relation to Damascus,” the columnist concluded.

© Sputnik / Dmitriy Vinogradov
Trump: US to End Up Fighting Russia in Syria if Attacks Assad
Back in October, during the US presidential debates, Donald Trump said that if US-backed rebels in Syria are successful in overthrowing the government the country could wind up in worse hands than those of President Bashar Assad.

His rhetoric since becoming US president-elect hasn’t change. On Friday, he told the Wall Street Journal that if the United States were to attack Assad, “we end up fighting Russia, fighting Syria.”

“My attitude was you’re fighting Syria, Syria is fighting ISIS [Daesh], and you have to get rid of ISIS. Russia is now totally aligned with Syria, and now you have Iran, which is becoming powerful, because of us, is aligned with Syria. … Now we’re backing rebels against Syria, and we have no idea who these people are,” he added.