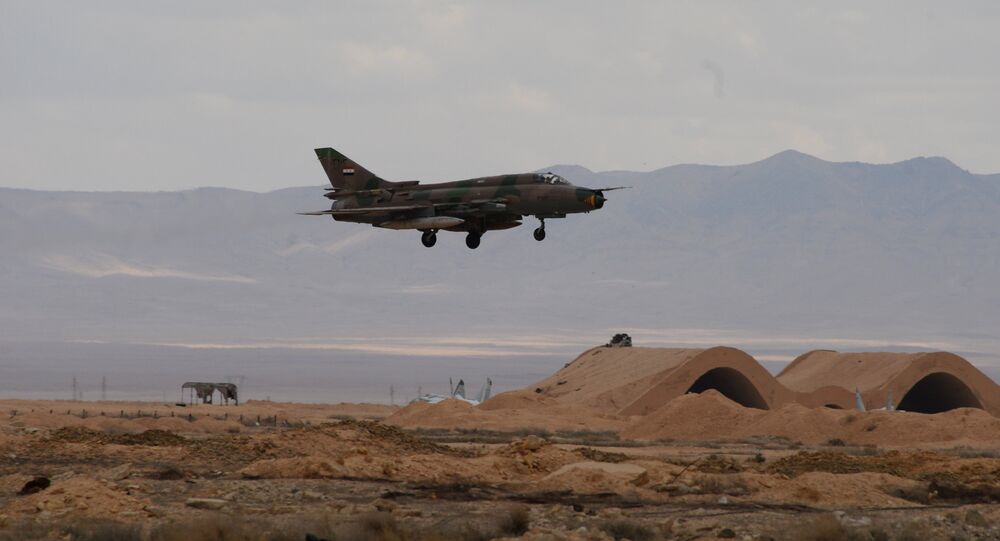 DAMASCUS (Sputnik) — The airstrikes targeted command posts and fortified positions belonging to the the Jaish al-Fatah alliance, according to the source.

"Today morning, the Syrian air force attacked several areas in the western suburbs of Aleppo where Jaish al-Fatah positions were located. As a result of the airstrikes, militants suffered heavy losses and lost some of their military equipment," the source said.

© AFP 2020 / GEORGES OURFALIAN
Syrian Rebels Are 'Desperate': Damascus-Led Forces Set to Free Aleppo 'in the Near Future'
Clashes between the Syrian government forces and Jaish al-Fatah militants in western Aleppo intensified on Saturday, when the army opened fire on the Rashideen district, the last jihadist stronghold in the area.

Eastern Aleppo is also set to see more violence in the coming days. On Sunday, the Syrian army warned militants to leave the areas in eastern Aleppo before aerial attacks begin. The ultimatum was rejected and militants deployed poison gas near the city's airport.