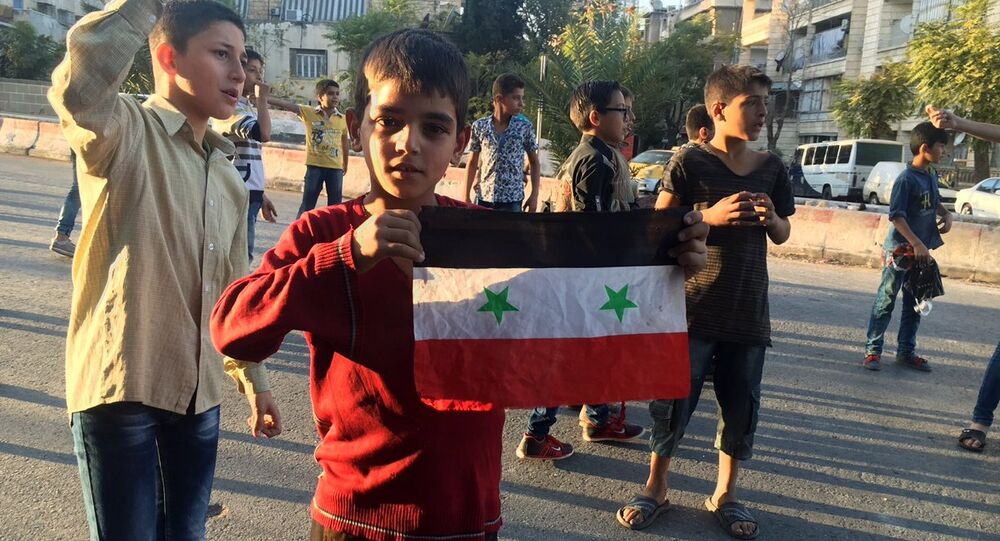 Russia will continue its contacts with the administration of incumbent US President Barack Obama on settlement of the ongoing Syrian crisis and will not wait until the inauguration of US President-elect Donald Trump, Kremlin spokesman Dmitry Peskov said Sunday.

MOSCOW (Sputnik) — The work on settlement of the Syrian crisis has to go on, because events in the war-torn country are developing "rapidly," Peskov said in an interview with the Moskovsky Komsomolets newspaper.

"At the moment the United States have an incumbent president and he will be in office for two more months. For example the events in Syria are developing so rapidly that no one could afford a two-month pause. That's why the work will go on," he said.

© AFP 2021 / GEORGES OURFALIAN
Russian Military Registers 42 Truce Violations in Syria in Past 24 Hours
He added that it was necessary to be patient and to see how Trump's administration would act.

Trump won the US presidential election on Tuesday with 290 electoral votes against his Democratic rival Hillary Clinton's 232. The presidential inauguration will be held on January 20, 2017.

On Friday, Peskov also said that the Syrian civil war was a "burning issue" and Moscow cannot wait several months before the January inauguration and would continue to cooperate with Obama's administration at the moment.