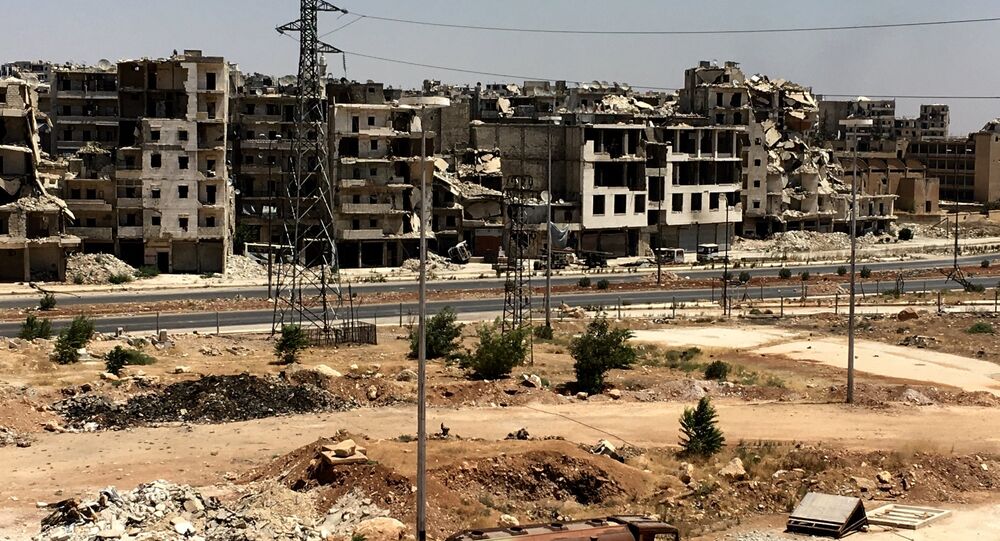 © REUTERS / Abdalrhman Ismail
This is Where Syrian Rebels Obtain Chemical Weapons
According to the Lebanon-based TV channel, during an artillery attack miliants used shells with poisonous gas. At least 28 Syrian servicemen have been injured.

Sunday's attack is the third militants' reported use of chemical weapons over the last two weeks.

On Friday, the Russian Defense Ministry said that Russian military experts had found evidence that militants in the Syrian city of Aleppo had used chemical weapons, likely chlorine and white phosphorus. The ministry added that it samples of soil and shell fragments found in Aleppo to the Organization for the Prohibition of Chemical Weapons (OPCW).

Despite numerous reports of militants' use of chemical weapons, the OPCW-UN Joint Investigative Mechanism (JIM) expert panel recently released the fourth report, which, in particular, claimed that the government of Syrian President Bashar Assad had used chemical weapons at least three times in the country throughout 2014-2015.

On Saturday, the Russian Foreign Ministry also expressed regret over the OPCW decision.