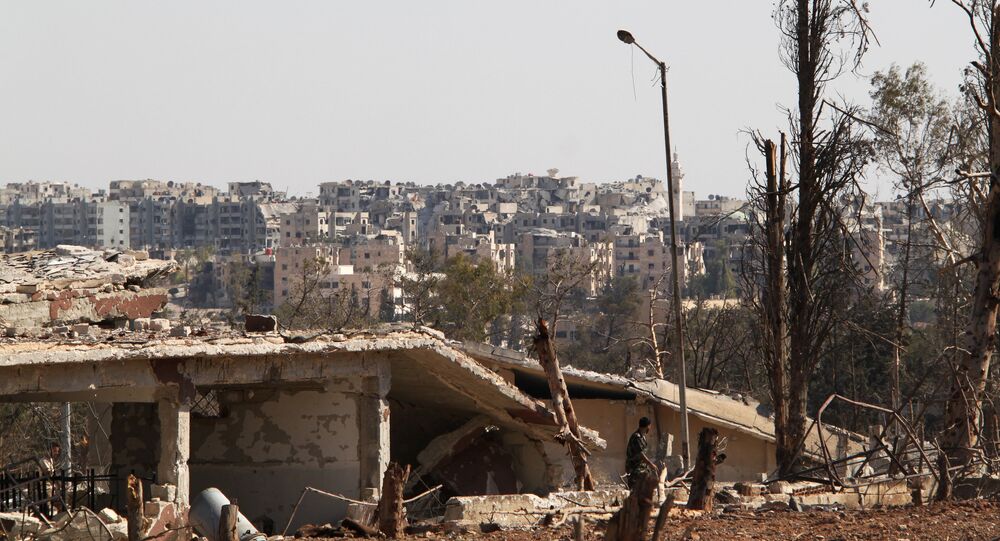 At least four civilians were killed on Sunday after militants fighting in the city shelled a residential area in its western part, a militia source told RIA Novosti.

DAMASCUS (Sputnik) — On Saturday it was reported that militants' shelling killed two and injured 10 in Aleppo's residential area.

"At noon, terrorists opened artillery fire at the 'New Aleppo' district. Four killed people, including two women and a child, were killed," the source said, adding that a few people were also injured in the attack.

© REUTERS / Khalil Ashawi
Washington 'Wants Bloodshed in Aleppo to Continue'
According to the source, the attack had inflicted damage on the district's infrastructure.

On Saturday, the Syrian army began an operation to liberate the last rebel stronghold in western Aleppo.

The Syrian Armed Forces began a large-scale military operation in Aleppo after the September 12 truce brokered by Russia and the United States collapsed less than a week after it was endorsed.