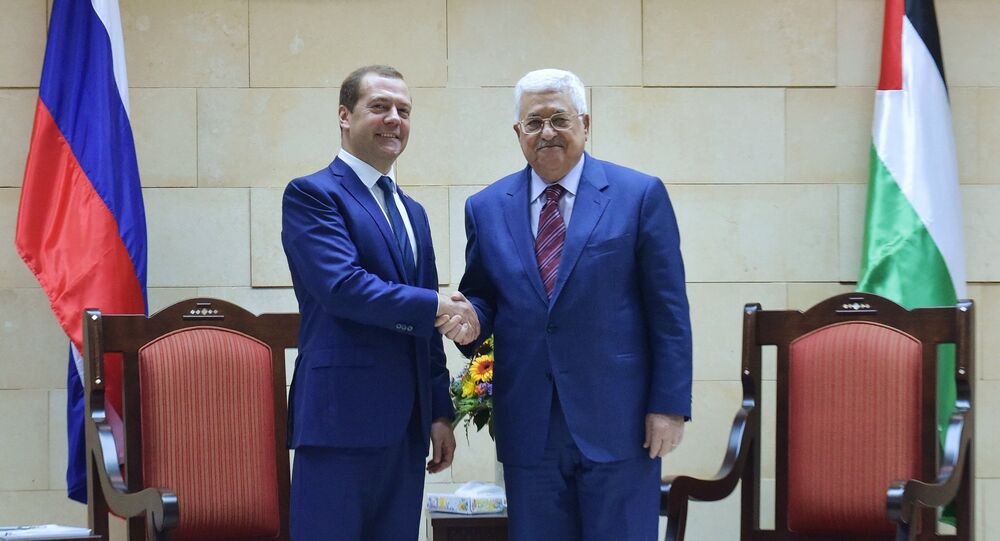 Moscow supports the realization of legitimate rights of the people of Palestine, Russian Prime Minister Dmitry Medvedev said on Friday during his visit to Palestine.

"Our country consistently supports the implementation of the legitimate rights of the Palestinian people,"

He added that the Israeli-Palestinian dialogue and the issue of ensuring security in the Middle East region were the key topics discussed during the meeting.

Relations between Israel and Palestine have been strained, often violent, for decades, as Palestinians have been seeking diplomatic recognition for their independent state on the territories of the West Bank, including East Jerusalem, which is partially occupied by Israel, and the Gaza Strip. The State of Palestine is recognized by 137 countries, including Russia.