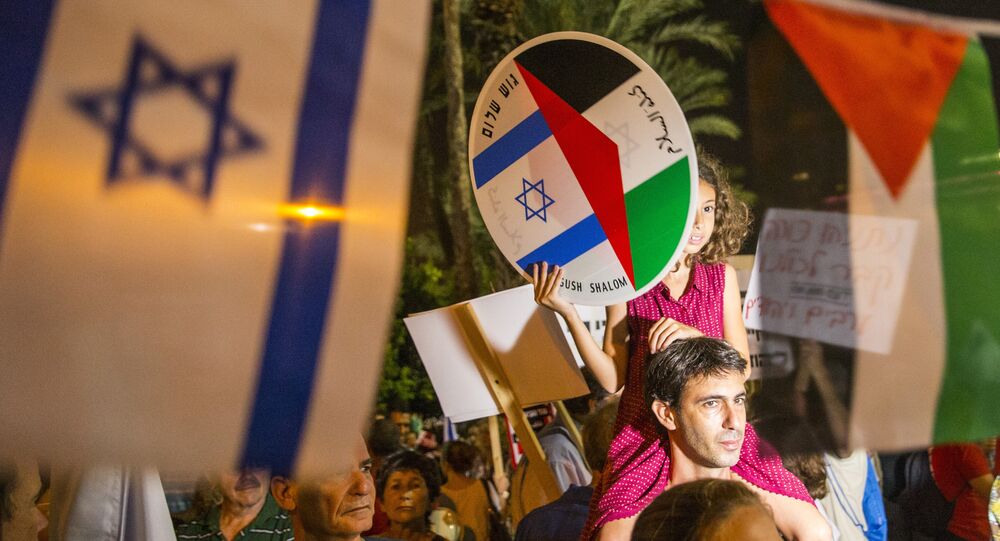 JERICHO (Sputnik) — Russia will continue doing its utmost as an intermediary in the settlement process of the Israeli-Palestinian conflict, including through hosting high-level talks in Moscow, and expects stakeholders to assist in the efforts, Russian Prime Minister Dmitry Medvedev said Friday.

"Indeed, some time ago Russian President Vladimir Putin has offered Moscow, Russia as a platform for direct negotiations without any preconditions," Medvedev said on a visit to Palestine. "This proposal is not withdrawn, it is on the table and it can be used at any time."

The prime minister noted that he looked forward for the US President-elect Donald Trump's administration to assist in the process, but stressed the importance of Tel Aviv's and Ramallah's political will in advancing the negotiations.

"We as mediators will continue our efforts, we hope for assistance from other participants, including the new United States administration," Medvedev said.