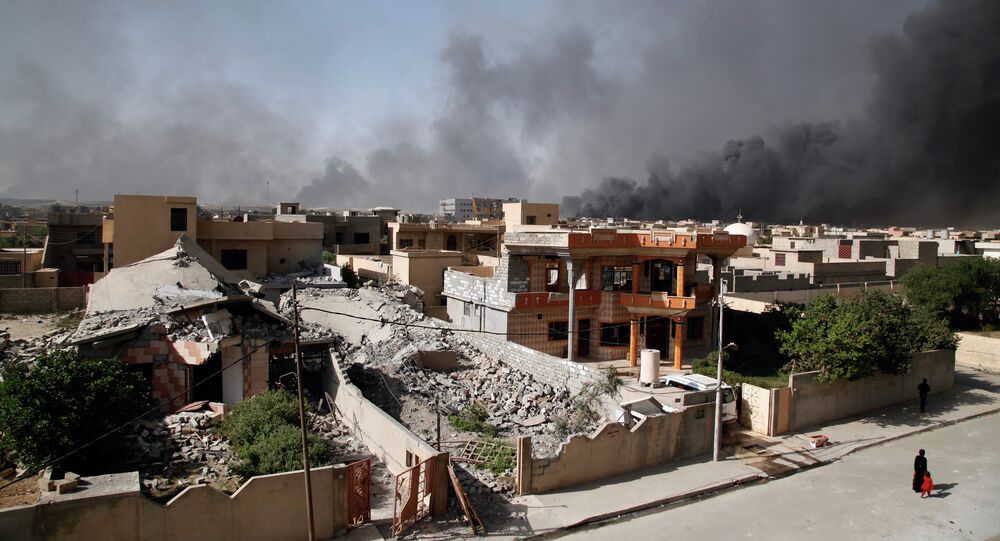 Daesh terrorists used toxic chemicals in at least three attacks on the Iraqi town of Qayyarah some 37 miles south of Mosul, which led to a number of civilian injuries, according to an independent expert.

According to an independent expert on detection and effects of chemical warfare agents, who reviewed the video and photo evidence and accounts of victims of the three attacks, at least seven people showed signs consistent with exposure to low levels of a chemical agents, such as Sulfur Mustard or similar blister agents, Human Rights Watch (HRW) said in a statement.

“ISIS attacks using toxic chemicals show a brutal disregard for human life and the laws of war… As ISIS fighters flee, they have been repeatedly attacking and endangering the civilians they left behind, increasing concerns for residents of Mosul and other contested areas,” HRW Deputy Middle East Director Lama Fakih said as qutoed in the statement.

The use of chemicals in these attacks violates the 1993 Chemical Weapons Convention and would be considered a war crime under the Rome Statute of the International Criminal Court and the customary laws of war.

© AFP 2021 / MARWAN IBRAHIM
Daesh Could Use Chemical Weapons in Mosul - Kurdistan Democratic Party
The watchdog organization advised the Iraqi government to warn civilians of the use of chemical weapons, clear contaminated areas of civilians, provide treatment for victims or seek international assistance and cooperation from Chemical Weapons Convention member countries.

The attacks took place in September and October in Qayyarah, which the Iraqi government forces had liberated from the terrorist organization at the end of August. According to media reports, on September 20, Daesh launched projectiles containing chemicals at the Qayyarah West airbase, however, a coalition spokesperson tweeted that laboratory tests concluded that "no mustard agent present in munitions fired."

Daesh has previously used blister agents in Syria in August 2015, according to a United Nations investigative committee.

The Daesh terrorist group, outlawed in Russia and many other states, took control of Mosul in 2014. The Iraqi prime minister announced a campaign on October 17 to reclaim the key IS stronghold, with joint forces of Iraqi army, Kurdish militias, Sunni Arab tribesmen and US-led coalition support.

Daesh 'to Export Chemical Warfare to Europe, Asia, America' if Not Stopped