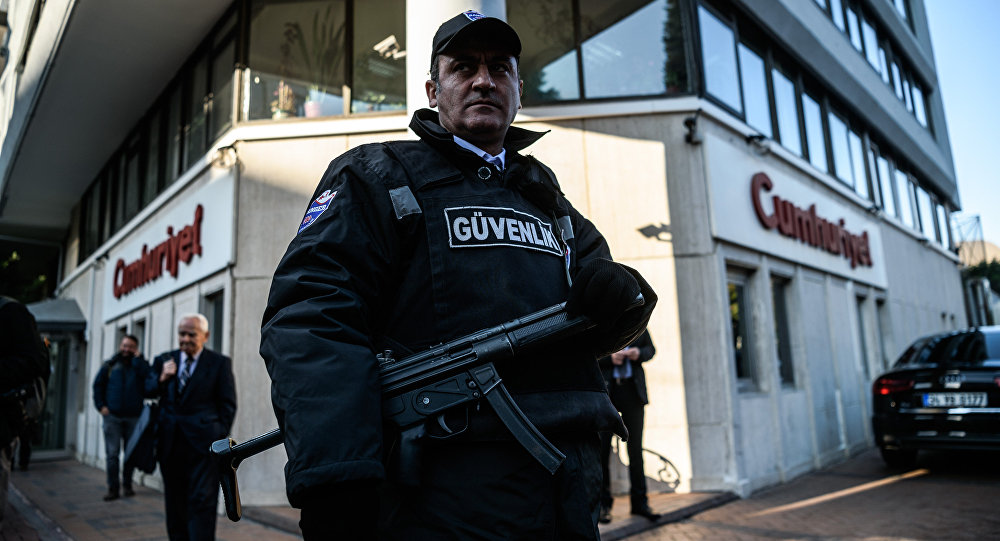 Turkish opposition Cumhuriyet newspaper’s Chairman Akin Atalay was detained by police on Friday upon arrival at the Istanbul Ataturk airport, amid mass arrests of the paper’s staff, the newspaper reported.

ANKARA (Sputnik) — Atalay reportedly arrived from Berlin at 11.30 a. m. local time (08:30 GMT). Upon exiting the plane, he was taken to the Istanbul Security Directorate in a police car, the paper reported.

On Saturday, local media reported that nine employees of the Turkish newspaper, who had been detained in house raids the week before, were arrested in accordance with a court’s decision. Cumhuriyet Editor-in-Chief Murat Sabuncu was among the arrested staff.

© AFP 2019 / Ozan Kose
Turkish Journalists Slam Ankara for Muzzling Voice of Press After Coup Attempt
According to Istanbul Prosecutor's Office, the papers’ employees and management are suspected of links with supporters of the Islamic preacher Fethullah Gulen, whom Ankara believes to be behind the July coup attempt, and the Kurdistan Workers' Party (PKK) militants, banned in Turkey.

Ankara's crackdown on journalists following the failed putsch has been criticized by Brussels and various rights groups. EU Foreign Policy Chief Federica Mogherini said Tuesday that the European Union was "gravely concerned" by the situation with press freedom in Turkey.

Kerry Raises Question of Freedom of Press With Turkish Counterpart