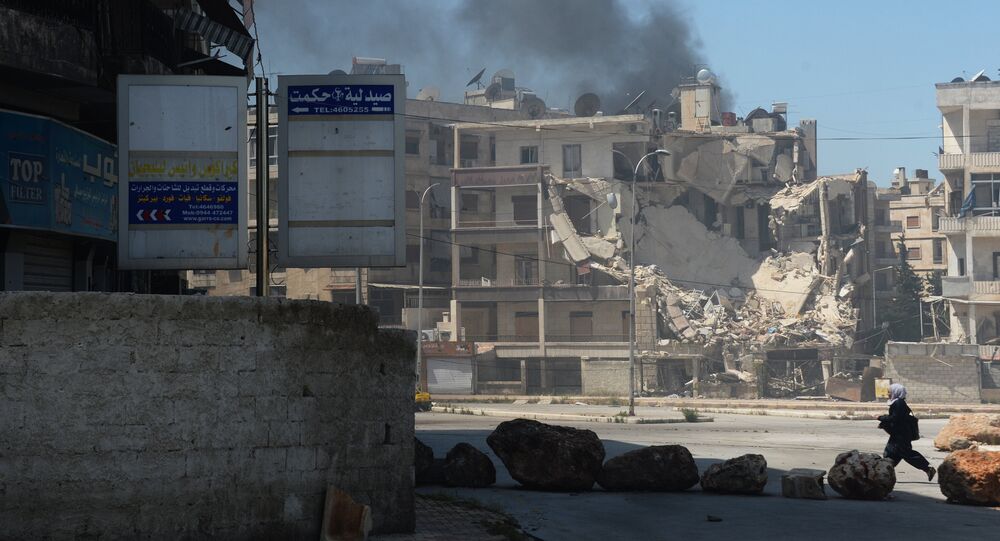 MOSCOW (Sputnik) – Evidence has been found in south-western suburbs of Aleppo, the military experts said as cited by Konashenkov.

"While conducting reconnaissance in the ‘1070’ area, the officers of the scientific center of the Russian Troops of Radiological, Chemical and Biological Defence (RChBD) have found evidence of chemical weapon use by terrorists against the civilian population and Syrian servicemen," he said on Friday.

© REUTERS / Ammar Abdullah
UN Presents Plan for Saving Syrian Aleppo
The Defense Ministry spokesman specified that a detailed analysis of the samples will be made at the laboratory of the scientific center of the Russian Troops of Radiological, Chemical and Biological Defence (RChBD). The laboratory is accredited by the Organization for the Prohibition of Chemical Weapons (OPCW).

Numerous armed groups, such as Daesh and opposition factions, have been fighting in the Syrian civil war against forces loyal to Syrian President Bashar Assad.