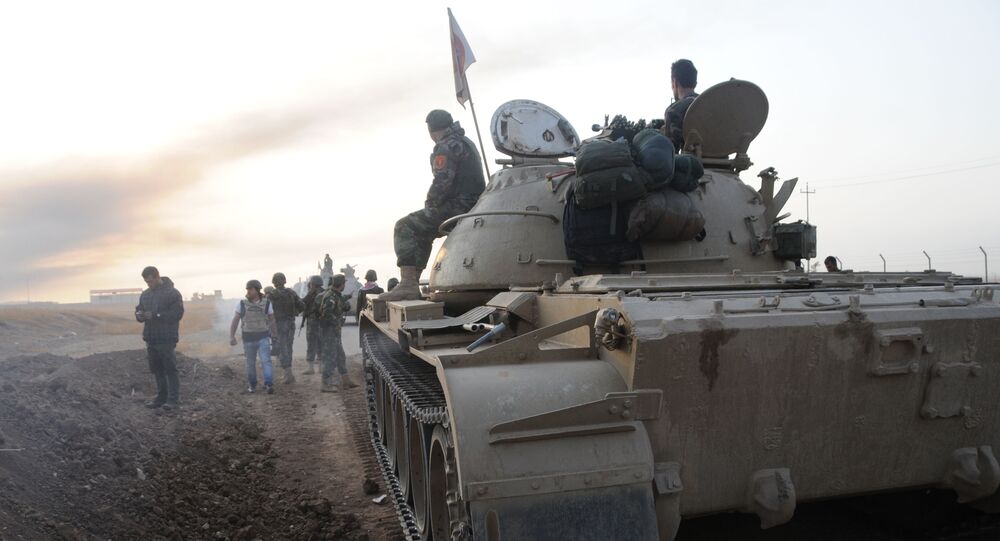 On Thursday, the US-led coalition against Daesh announced that over 1,300 of the jihadist militants have been killed since October, when joint Iraqi forces first teamed up with the coalition to take back Mosul.

UN special representative to Iraq Yan Kubish told the UN Security Council on Wednesday that 58,000 deaths had been recorded in Iraq since Daesh first took control of Mosul in 2014, up until September 2016.

Iraqi security forces were gearing up to advance to the southern edge of Mosul near the city’s airport, after retaking Hammam al-Alil, a town about 10 miles south of Mosul on Monday.

The Counter Terrorism Service (CTS) has also reported that the Mosul suburb of Zahra has been liberated.

One returning resident said, "I'm very happy. I can't believe that we're over this terrible nightmare, but we're still frightened that Daesh might return."