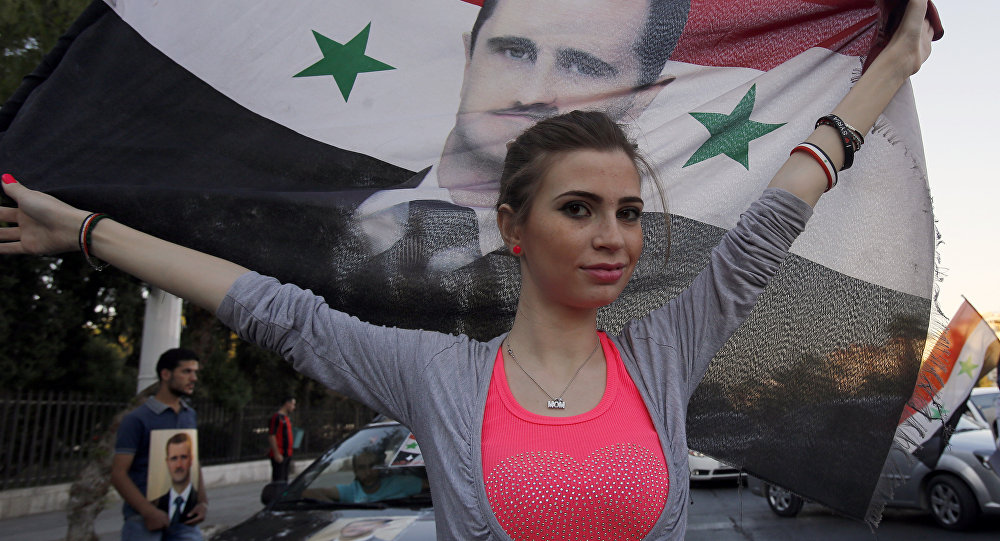 US President-elect Donald Trump must translate his anti-terrorism promises into actions and he needs to cooperate with the Syrian leadership to fight terrorism, Fuad Dabour, the general secretary of the Progressive Arab Baath Party in Jordan, told Sputnik on Thursday.

MOSCOW (Sputnik) — Trump won the 2016 US presidential election with 290 electoral votes, while his rival Hillary Clinton received 232 votes despite winning the popular vote by a margin of over 200,000, according to CNN. The inauguration is due on January 20.

"The Middle East region has suffered for almost two decades as a result of the US policies in the region, and these policies played an important role in supporting terrorism and deepening chaos and unrest in the region, we hope that Trump will translate his promises into actions and bet on the Syrian leadership to eliminate terrorism," Dabour said.

© AFP 2019 / Kirill KUDRYAVTSEV
Trump's Election: 'We May Have Just Dodged the Bullet on WWIII'
At the final presidential debate with Democratic nominee Hilary Clinton on October 19, Trump said that his priority in Syria would be to eliminate Daesh and not to remove Syrian President Bashar Assad from power.

Syria's civil war between government forces and a wide range of insurgents, including opposition groups and terrorists, such as Daesh and Jabhat Fatah al Sham (also known as al-Nusra Front, or Jabhat al-Nusra), both outlawed in Russia, has raged for some five years and has claimed hundreds of thousands of lives.

Jordan Expects Trump's Administration to Increase US Support for Israel